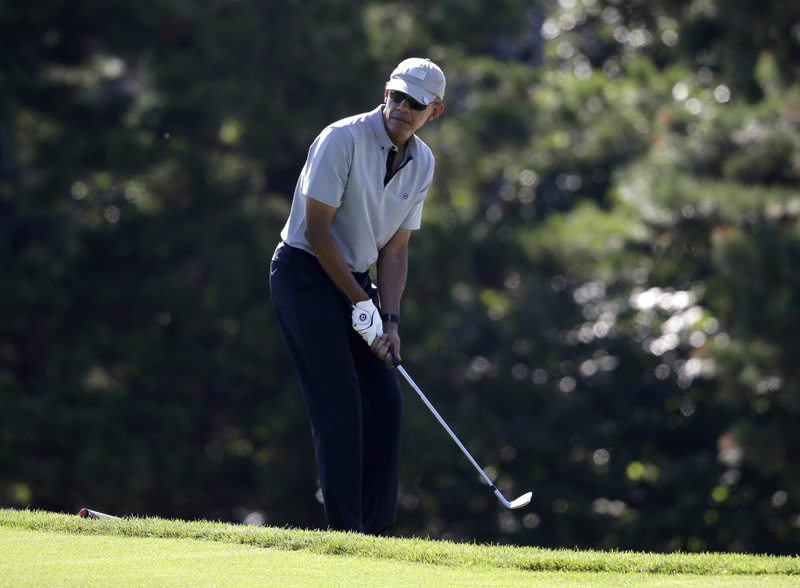 by Arda Alan Işık
Nov 17, 2015 12:00 am
After the 9/11 attacks, U.S. President George W. Bush made a poignant statement before showing off his fantastic golfing skills: "We must stop the terror. I call upon all nations to do everything they can to stop these terrorist killers." Then he continued: "Thank you, now watch this drive."

Interestingly, an important message about global politics was given at a golf course, and it suited Mr. Bush's smooth drive very well. But, can you imagine a president giving this message just before taking a penalty shot or trying a 3-pointer? It would definitely be weird and raise questions like, what does this have to do with all of this serious stuff? Oddly though, golf, politics and business together form an unexpected harmony that makes the game unique.

However, for the majority of Turkish people golf is still an unknown sport associated exclusively with rich businessmen and entitlement. On the other hand, the nature of the game and its history actually explains why car commercials come first when you type in golf on Google. Except for Tiger Woods and his sensational career, the only moment when the world remembers that there was such a thing called golf was when a president played a round. Thus, U.S. President Barack Obama's attendance at the Turkish Airlines Open golf tournament in Antalya, Belek definitely boosted the attraction of golf in Turkey.

As the world's most critical issues are being argued at the G20 summit in Antalya, there is a real chance for the Turkish golf community to promote this unknown game. Nevertheless, of course, there are also realities of Turkish society and rational limits for golf in Turkey. Given the game is obviously designed for the richest class and demands a lot of money, golf will probably never be popular among the working class. Unlike tennis, another solo game that was able to throw itself onto the front pages of newspapers, golf lacks the tension and thrill that comes from direct competition and positions itself where only a particular community is interested.

Although golf's influence on the majority of people is limited, Turkey can still invest in golfing and be a distinguished member of this industry. Despite the rich, white, chief executive officer outlook, as a six-year-old kid explained in a Netflix documentary, golfing is simply "hitting a ball into a little hole." Added to that, as some people say, golf could be the most democratic game since it directly awards your performance regardless of other factors. As post-modern era philosophies push us out of collectivism and toward individualism, I'm sure there are a lot of promising golfers to be found in Turkey.

There are a lot of ways to promote this game and utilize its social and political potential, and the Antalya tournament is a nice opportunity to do it. The only thing Turkish officials should be aware of is that the final decision will always be made by the public. Thus, in order to prevent cases like "Goddamn Tiger Woods" (Google it in Turkish), find better ways than blocking off the Bosporus bridge.