Bolt, Eaton, Taylor up for Athlete of the Year award 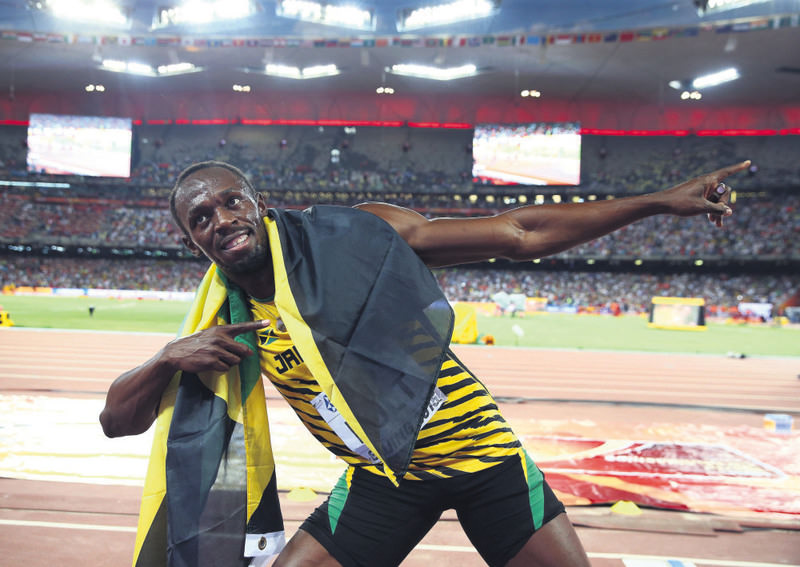 by reuters
Nov 19, 2015 12:00 am
Usain Bolt, Ashton Eaton and Christian Taylor are the finalists for the 2015 World Athlete of the Year award, the International Association of Athletics Federations (IAAF) said Wednesday.

Jamaican sprinter Bolt retained his 100, 200 and 4x100 metres titles at the world championships in Beijing in August.

The 29-year-old brushed off the challenge of American rival Justin Gatlin to win the 100 in 9.79 seconds and clocked a world-leading time of 19.55 to clinch the 200.

American decathlete Eaton, 27, won his second successive world gold with a world record 9,045 points, including a world decathlon best of 45 seconds for the 400 metres.

Genzebe Dibaba, Dafne Schippers and Anita Wlodarczyk were nominated as the three finalists in the women's category.

Ethiopia's Dibaba won the 1,500 metres title in Beijing, having set a world record of three minutes 50.07 seconds for the event a month earlier in Monaco.

Dutchwoman Schippers clocked a European and championship record of 21.63 seconds to win the world 200 metres title after clinching silver in the 100.

Polish hammer thrower Wlodarczyk, 30, won all 11 of her competitions, including the world title in China.

She also became the first woman to throw beyond 80 metres, setting a world record of 81.08 metres in Cetniewo in August.

An international panel of 10 experts assembled the finalists from a long list chosen by the IAAF family.

The awards are normally presented at a gala in Monaco but it was cancelled this year in the wake of the recent doping scandal and investigation of former IAAF chief Lamine Diack by French authorities on suspicion of corruption and money laundering.