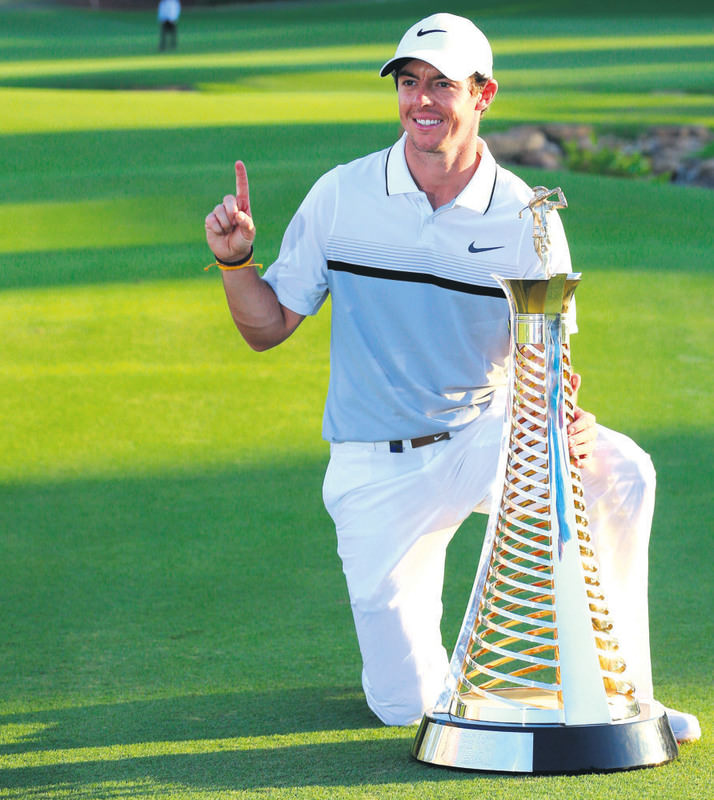 by Nov 23, 2015 12:00 am
Rory McIlroy won Dubai's DP World Tour Championship on Sunday, overhauling overnight leader Andy Sullivan with four birdies on the back nine to also be crowned Europe's top money earner for a third year in four. McIroy carded a final round 66 to end with a 21-under aggregate score of 267, having begun the day on 15 under, a shot adrift of England's Sullivan. Playing partner Sullivan's 68 left him on 268, one stroke short despite stretching his advantage early on.

The world number 53 birdied two of the first four holes, McIlroy carding a bogey and a birdie over the same stretch to extend the 28-year-old's lead to three strokes. McIlroy responded with three successive birdies on holes five to seven, closing to within a stroke at the turn and the world number three took the lead after 14, tapping in from two feet for a third birdie in four holes. The four-time major winner found the water on 17 but recovered to make a bogey, sealing victory with a 12-inch putt for par on the final green. South Africa's Branden Grace (67) was third on 273, while compatriot Charl Schwartzel (69) was one of six players tied on 275. McIlroy's 12th tour title means the 26-year-old Northern Irishman also retained the Race to Dubai, formerly known as the Order of Merit and given to Europe's top money earner. He was also victorious in 2012 and 2014.