Amid budget cuts refugees encouraged to participate in 2016 Rio Olympics 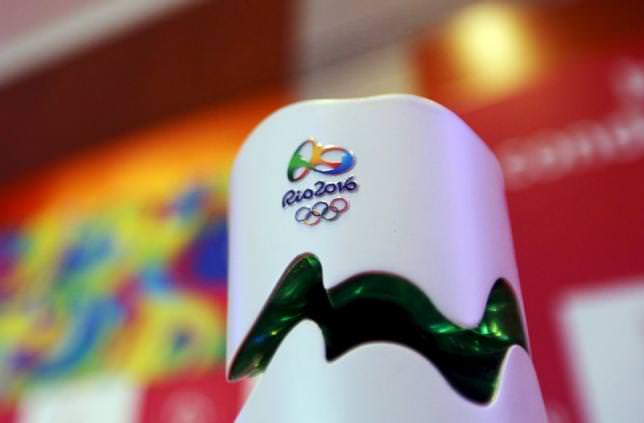 The Rio 2016 Olympic torch is seen during a National Sports Forum seminar to discuss the legacy of the games, in Brazil, Sep 9, 2015. (REUTERS Photo)
by Dec 09, 2015 12:00 am
The International Olympic Committee (IOC) is to create a working group to target potential savings in the 2016 Games in Rio while at least three refugee athletes can aim to participate in the event.

"Everywhere we can make savings, we will make savings," IOC director Christophe Dubi said following a meeting of the executive committee in Lausanne, Switzerland, on Wednesday.

The local organizing committee (OC) aims to slash 500 million dollars from the 1.9 billion dollar budget for the Games given the current financial difficulties in Brazil in what is the worst recession in decades.

However, given the number of contracts already signed for the event, it could be hard to make savings.

Carlos Numan, head of the Rio 2016 (OC), told the IOC executive board that 80 per cent of the venues were already complete.

"Today we can say we are on the way," he told delegates, adding that concerns over water pollution for sailing and open water events would be fully addressed.

"There have been massive improvements in recent months. The venues have been delivered," he said.

Hamburg recently declined the chance host the 2024 Games when the public voted against bidding in a public referendum. As such, the IOC is aware that the financial aspect of hosting the Games is still intimidating, despite reforms passed in president Thomas Bach's Agenda 2020 last year.

That was reflected in the decision to move track cycling and mountain bike events at the Tokyo 2020 Olympics to Izu, 120 kilometres away from the Japanese capital to save on costs.

"All athletes and team officials whose events will be at Izu will have the option to stay in the main Athletes Village before and after their competition," the IOC said in a statement. "During competition, they will stay at a satellite village located close to the event venues."

Meanwhile, three athletes who have fled their home countries have been given hope of participating at the Rio Olympics.

The trio are a swimmer from Syria now in Germany, a Congolese judo player now in Brazil and an Iranian taekwando fighter who is in Belgium, IOC director Pere Miro told reporters.

The IOC called on international federations to highlight the cases of other refugee athletes who could take part at Rio under the Olympic flag if they meet the sporting qualifying criteria.