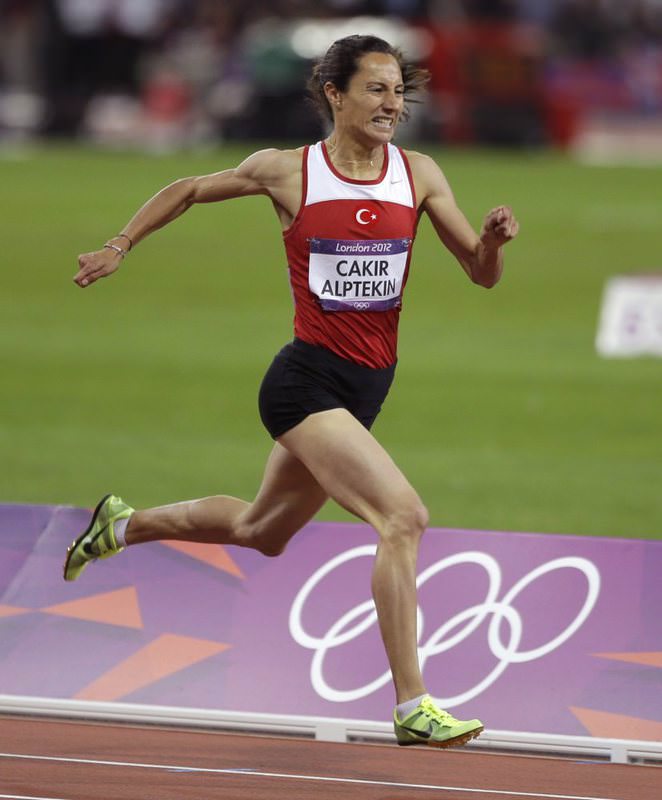 The World Anti-Doping Agency's report suggests that former athletic boss Diack, an International Olympic Committee member at the time dropped his support for Istanbul 2020 because Turkey refused to pay a bribe, and backed Tokyo after the Japanese paid

The second part of a World Anti-Doping Agency (WADA) report has heaped more pressure on the International Association of Athletics Federations (IAAF) and revealed information that showed Lamine Diack the 82-year-old former president of the world athletics body might have also been involved in corruption in the selection of the city for the 2020 summer Olympic Games. The International Olympic Committee (IOC) is ready to examine allegations of possible bribery in the bidding for the 2020 Olympics. The Olympic body said Friday it has asked WADA'S independent commission for transcripts from its report on doping and corruption in track and field that raises the possibility that $5 million in sponsorship money was paid to help Tokyo secure the games over Istanbul.

A WADA report indicates that former IAAF president Lamine Diack was prepared to sell his vote in the 2020 bidding contest in exchange for sponsorship of IAAF events. The report suggests that Diack an IOC member at the time dropped his support for Istanbul because Turkey refused to pay, and backed Tokyo after the Japanese did pay. "We have already asked the Independent Commission for the transcript so that we can better understand the context and the claims being made," the International Olympic Committee said in a statement to The Associated Press. The statement noted that Dick Pound, an IOC member who chaired the WADA panel, said he was "fairly confident" the current Olympic bidding process is free or organized corruption.

"We have done an enormous amount since 1999, to make sure that that cannot happen," Pound said, referring to the cleanup after the Salt Lake City bidding scandal. "If there is going to be individual bits of corruption you can't stop all that. But organizationally, I don't think that's an issue with the Olympics."

The WADA commission report cites transcripts of conversations between one of Diack's sons, Khalil, and Turkish track officials in connection with the 2020 bidding process. "Turkey lost LD's support because they did not pay sponsorship moneys of $4 to 5 million either to the Diamond League or IAAF," the note said, referring to Lamine Diack. "According (to) the transcript the Japanese did pay such a sum." "The 2020 Games were awarded to Tokyo," the note added. "The IC did not investigate this matter further for it was not within our remit." Tokyo defeated Istanbul 60-36 in the final round of IOC voting in 2013 in Buenos Aires. The third candidate, Madrid, was eliminated earlier in a runoff with Istanbul. In a statement, a spokeswoman for the Tokyo Olympic organizing committee said the note in the WADA report was "beyond our understanding."

"The games were awarded to Tokyo because the city presented the best bid," Hikariko Ono said. "Tokyo's bid was about Japan's commitment to address issues around the integrity of sport."

Diack, of Senegal, served as an IOC member from 1999 to 2013, when he became an honorary member after reaching the age limit of 80. Diack was suspended as an honorary IOC member in November after he was placed under criminal investigation in France on corruption and money-laundering charges in connection with cover-ups of Russian doping cases. He subsequently resigned as an honorary member. As a senior figure in the Olympic world, Diack could have held sway in influencing a bloc of IOC votes.

Pound on Thursday recommended the IAAF "take a vigorous, forensic look" at the 2020 Olympic vote-buying allegation and the awarding of world championships to certain cities and countries. "We have had reports from people who seem to know what they are talking about," Pound said at a news conference. "We have brought that to the attention of the IAAF and recommended they take a vigorous forensic look at it, to see whether there is anything to the allegations." Meanwhile, the head of the United States Anti-Doping Agency (USADA) believes Russian track and field athletes should be barred from competing in the Olympics, saying there was not enough time to rebuild the country's tarnished drug-testing regime, The New York Times reported. USADA chief executive Travis Tygart said Russia had taken no meaningful steps to put its house in order after being accused of running a state-sponsored doping program in a bombshell WADA report last year. Tygart accused Russian authorities of continuing to target whistleblowers and said it was too late to guarantee that dope cheats who had benefited from the program would be clean in time for August's games in Rio de Janeiro. Germany wants an emergency IAAF meeting over WADA report, while prosecutors chase the IAAF scandal trail around the world.

Envelopes stuffed with banknotes, a Monaco account stashed with a small fortune and the son of a disgraced African sports baron on-the-run, a French prosecutor told how athletics' doping scandal is turning into a round the world marathon. Money from bribes suspected to have been paid by Russian athletes to cover up failed drug tests may have ended up in a Monaco bank. Money paid back to one champion runner to secure her silence is suspected to have been channeled through a Singapore shell company. The Interpol global police association has issued an international alert for Papa Missata Diack, son of Lamine Diack the 82-year-former president of world athletics body now facing corruption and money laundering charges in France.

Turkish athlete Alptekin refused to hand over a bribe

The report added that Turkey's Aslı Çakır Alptekin was told she could keep the Olympic gold medal she won in the 1500 meters at London 2012 if she paid a bribe of 650,000 euros. The extraordinary demand was made by Papa Massata Diack, son of then-IAAF President Lamine Diack, three months after she had won in the British capital amid widespread suspicions that she had been doping. An unnamed former president of the TAF put representatives of Alptekin in touch with Papa Massata Diack, a marketing consultant with the IAAF at the time. He held talks with them in Monaco, where the IAAF are based, making his demand, which was rejected. Diack lowered the price to 350,000 euros, an offer also turned down, despite Alptekin having been awarded a 500,000 euros bonus by the Turkish Government for her Olympic victory. A few days later, however, Alptekin and her husband did give Diack 35,000 euros in cash one evening as a down payment of between 100,000 euros and 250,000 euros after he had travelled to Istanbul to meet them personally, according to the WADA report. Alptekin's husband and trainer İhsan Alptekin denied the allegations saying, "We are expecting a correction from WADA. We did not neither make a deal nor pay 35,000 euros anybody"

Kengo Kuma, the architect of Japan's new 2020 Olympics stadium, refuted allegations Friday by British-Iraqi designer Zaha Hadid that his design borrowed from blueprints she made that organizers dropped last year. "In the design, I would like to say there are no similarities at all," Kuma told reporters when asked about complaints by London-based Zaha Hadid Architects over apparent similarities between her design and Kuma's. Kuma noted, however, that both architects had to meet strict specifications for the new, 80,000-seat structure in downtown Tokyo that will replace Japan's old National Stadium.

"The conditions set for the competition mean that automatically some similarities emerge," he said. He added that "the concept is completely different, so it is absolutely a different building, despite the similarities."

Hadid's company said Thursday that the Japan Sport Council was withholding money owed for work on the 2020 Tokyo stadium design, while demanding her company give up claims to copyrights. After her original design was rejected as too costly, Hadid complained the new design chosen by the sport council, made by Kuma in collaboration with two companies that earlier worked with her team, was similar.

Her office said it submitted a report to the sport council detailing the similarities in "the structure, layout and numerous elements" between her design and the newly picked one replacing hers, demanding copyright negotiations.
RELATED TOPICS