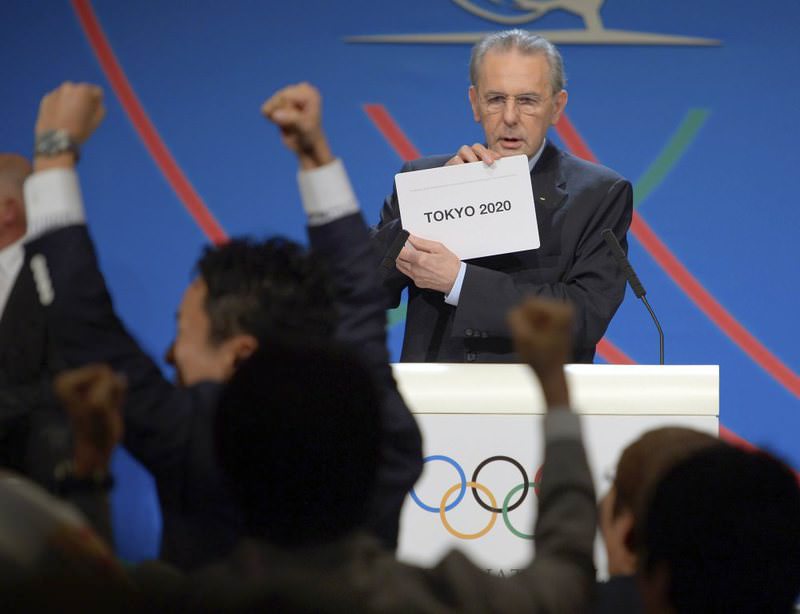 All of Turkey held its breath in September 2013, waiting for the head of the International Olympic Committee (IOC) to announce Istanbul as the host city for the 2020 Olympics. But the honor went to Tokyo, for the second time. However, the bidding process was overshadowed by corruption allegations. French prosecutors investigating corruption allegations against the former head of world athletics have expanded their probe to examine the bidding for the Rio Olympics and the 2020 Tokyo Games, a judicial source told Agence France-Presse (AFP). The inquiry is part of the wider investigation into Lamine Diack, Senegalese former president of world athletics body the International Association of Athletics Federations (IAAF), and his son Papa Massata Diack.

Paris prosecutors are now seeking Papa Massata Diack, one of his 15 children, who is the subject of an Interpol international alert on charges of blackmailing athletes who failed drug tests. According to Britain's Guardian newspaper, which first exposed the allegations, Diack father and son served as intermediaries between the two Olympic host cities and some IOC members. Diack senior had initially backed Istanbul's bid for the 2020 games, but is believed to have changed his mind when a Japanese sponsor signed a contract with the IAAF. Papa Massata Diack had worked for Qatar to host the 2016 Olympics, which are being held in Brazil this summer.

"We are at the verification stage" to establish whether there has been any wrongdoing, the source, who revealed the inquiry began in December, said Tuesday. An International Olympic Committee (IOC) spokesman in Lausanne insisted that "so far there is no evidence" and that the committee "will remain in close contact with French justice" over the case.

The 82-year-old Lamine Diack, who headed the IAAF for 15 years, faces criminal charges in France over allegations that he took more than 1 million euros ($1.1 million) in bribes from Russian athletes and officials to cover up failed drug tests. He has been charged with corruption, money laundering and conspiracy and is out on bail.

A former marketing consultant for the International Association of Athletics Federations, Papa Massata Diack on Jan. 7 was banned for life by the IAAF ethics commission over the corruption allegations and is the subject of an international arrest warrant issued by France.

In an interview in February with French sports paper L'Equipe, he said the case against his father was "the biggest lie in the history of world sport." Rio was awarded the Olympics in 2009 while Tokyo won its bid in 2013.

"Rio won the Games because it had the best project," the Rio Olympics organizing committee told AFP. Tokyo also insisted it was the best candidate to host the 2020 Games.

"Tokyo 2020's position remains unchanged, and we consider that the allegation is beyond our understanding," Tokyo 2020 spokeswoman Hikariko Ono said in an emailed comment.

"The Games were awarded to Tokyo because the city presented the best bid."

French prosecutors are also looking into the bidding process for the 2021 World Athletics Championships, which was won by the U.S. city of Eugene, the home of Nike.

The inquiry is likely to concern beleaguered new IAAF president Sebastian Coe, who in December stepped down from his role as a Nike ambassador, a role he held for 38 years, after being accused of lobbying Lamine Diack to hand the 2021 World Championships to Eugene. The two-time Olympic champion has denied the allegations.