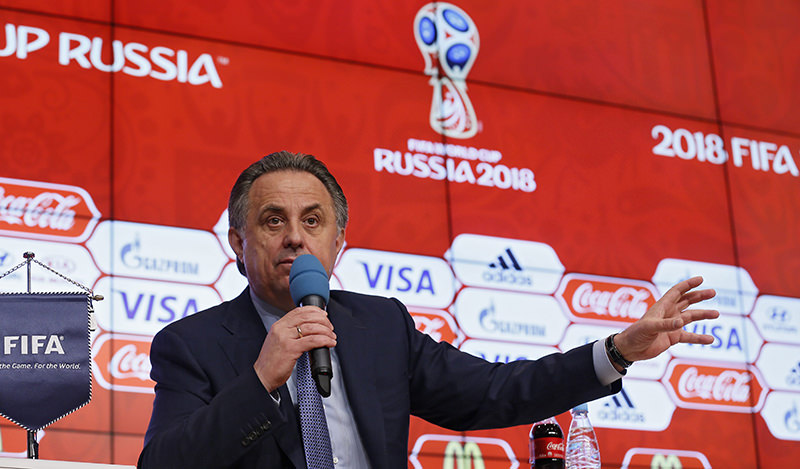 Chairman of the Russia 2018 LOC and Russia Sport Minister Vitaly Mutko makes a speech during the press conference of the 2018 FIFA World Cup Russia Local Organizing Committee (EPA Photo)
by Mar 25, 2016 12:00 am

Russian Sports Minister Vitaly Mutko said Friday that 27 of the country's athletes have tested positive for meldonium since the endurance-boosting drug was banned on January 1.

"Twenty-seven have tested positive for meldonium and there are some 127 cases in the world," Mutko told R-Sport news agency. "But these figures can change."

Meldonium was propelled into the headlines earlier this month after Russian tennis star Maria Sharapova announced she had tested positive for the drug at the Australian Open in January.

Since then, a string of high-profile Russian athletes, including Olympic swimmer Yulia Efimova, admitted the drug had been detected in their systems.

The World Anti-Doping Agency (WADA) said Thursday it had recorded 123 meldonium cases since the ban came into force.

The identities of all of the athletes who have tested positive for the drug have not been disclosed.

Moscow has pledged to undertake sweeping reforms to revamp its anti-doping programme in time for its track and field stars to compete at the Rio de Janeiro Olympics in August.

Russian sports authorities are now scrambling to clean house before a council meeting of the International Association of Athletics Federations (IAAF) in May, which will likely decide whether Russian athletes will be allowed to compete in Rio.