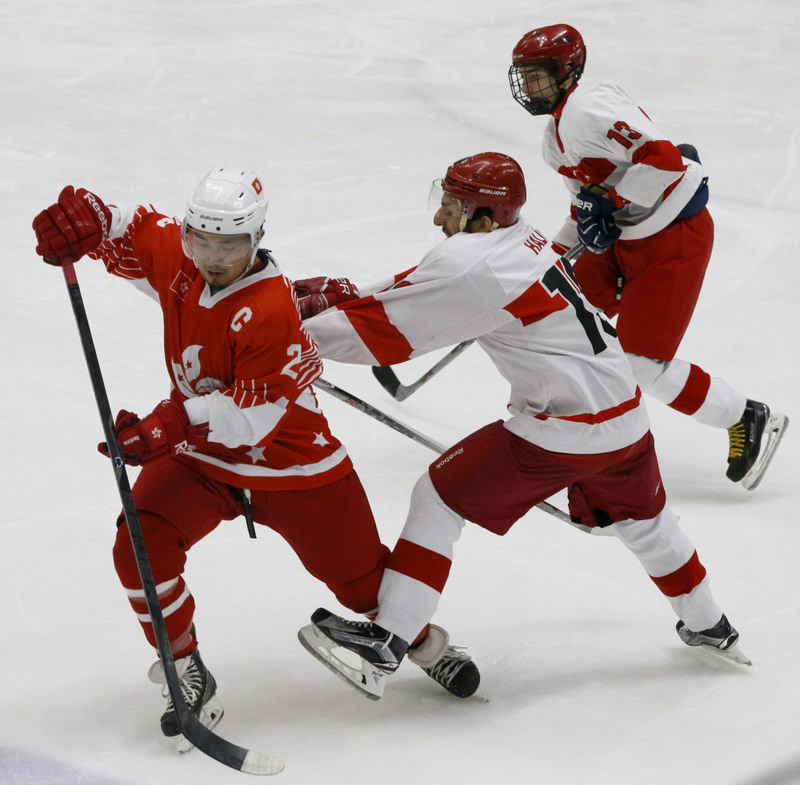 by Daily Sabah Apr 06, 2016 12:00 am
Turkey, the host of the men's Ice Hockey Division 3 World Championship, aims to secure the top title in the tournament in order to climb to Division 2. Though the sport is little-known in Turkey and has fewer fans than soccer and basketball, the country's national team managed to take over hosting duties for the tournament, which brought together six national teams, after the western city of İzmir hosted the championship's 2015 edition.

Situated near Istanbul's ancient city walls, the Silivrikapı Ice Sports Hall is hosting the championship, which started last week. Among unprecedented fan support for the fledgling sport, Turkey shone on the rink with wins in all its games. Beating Georgia 5-4, Luxembourg 10-2, Bosnia-Herzegovina 8-2 and Hong Kong 5-1, Turkey is preparing to take on South Africa for its last game in the tournament today. The team will emerge victorious with 13 points already under its belt even if they lose against South Africa. The final match will be broadcast live by Turkish sports TV. Turkey will be eligible for Division 2B after wrapping up the competition today. The country lost the top title to North Korea in 2015 with a score of 4-3.

Bülent Akay, head of the Turkish Ice Hockey Federation, said the team was well-prepared for the tournament while the event was a success for the federation. He said they counted on fans' support for the last game against South Africa.Turkey dominated power plays and penalty killing in the event.
RELATED TOPICS