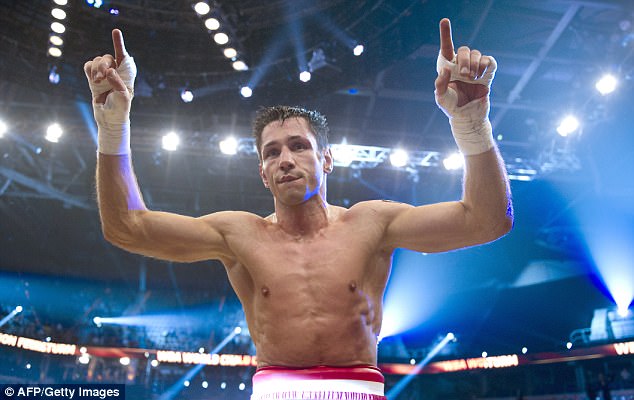 World super middleweight champion Felix Sturm said Saturday he was shocked to have tested positive for an anabolic steroid after his win over Russia's Fedor Chudinov last February.

The 37-year-old German was found to have the steroid Hydro-XY Stanozolol in his A sample following his majority decision rematch win over Chudinov in Oberhausen on February 20 for the WBA super middleweight belt.

His victory saw him become the first German to be a world champion five times having also held the WBA and WBO middleweight titles.

"At first I was shocked," Sturm told SID, an AFP subsidiary, having learnt of his failed test via email from the World Boxing Association on Friday night.

"This is all very strange, especially as it has taken eight weeks to be informed of the result.

"Also, the Association of German professional boxers (BDB), who hosted the bout, were not informed, only my trainer and I."

He now faces a two-year ban, providing the B sample shows a positive result, which could spell an end to his career.

"I'll definitely have the B sample opened," said Sturm having won 40 of his fights, 18 by knock-out with five defeats, the last of which came to Chudinov last May in the original bout.

"I have had my blood and urine tested hundreds of times.

"Nothing has ever been found. I have an absolutely clear conscious.

"I'll be getting a lawyer, I haven't worked for 26 years for this.

"I'll fight like a lion, like I do in the ring. I don't have a bad conscious, it just really annoys me.

"I will make a complete listing of everything I took in the twelve weeks before the fight. There will be nothing on it which could explain the findings.

"I have taken the same German products for the last eight to ten years," he added, ruling out any fitness supplements he could have taken as the cause.

Stanozolol is the same steroid Canadian sprinter Ben Johnson took when he was stripped of his 1988 Olympic gold medal as he tested positive after winning the men's 100m final.

Sturm says it would make no sense for him to take a steroid.

"I have had muscles since I was 14. What good would it do me? I have a body which is already well trained," he insisted.

Sturm lives in hope he will be vindicated.

"There have been many cases where the B sample has refuted the first test. So I am not worried," he said.