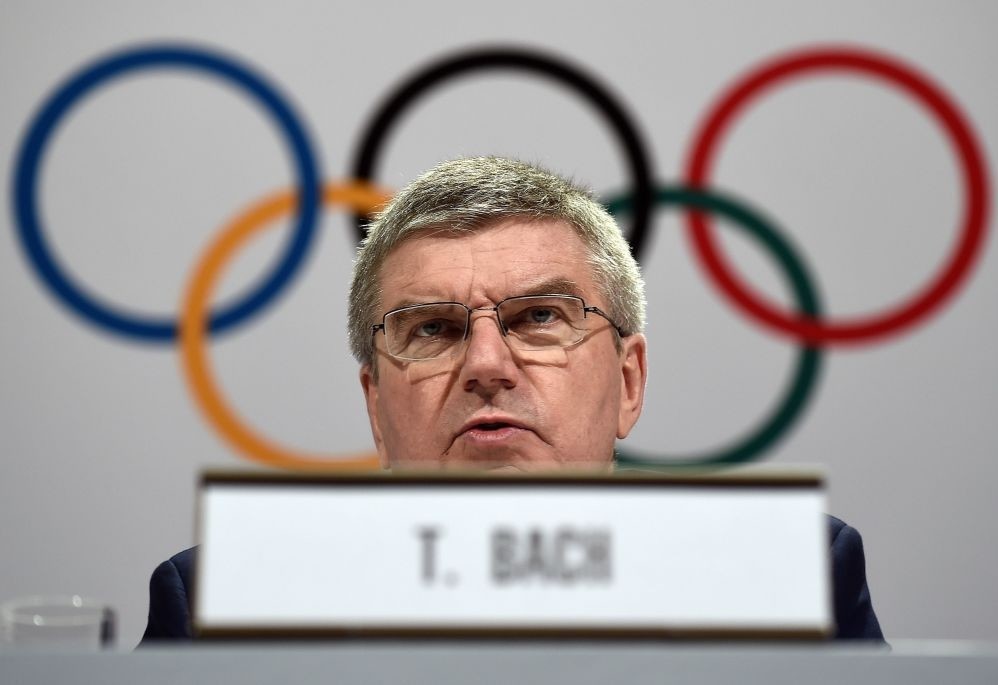 With 31 athletes from 12 countries already facing a ban from the Rio Olympics, the International Olympic Committee President Bach warned of tough sanctions, including on individual federations, if the accusations against Russia are proven

The International Olympic Committee (IOC) President Thomas Bach said Wednesday that athletes and federations face life bans from the Olympics as he warned that doping has hit "an unprecedented level of criminality".

The International Olympic Committee leader also heightened pressure on Russia to clear up allegations of interference in testing at its doping laboratory during the 2014 Sochi Winter Games.

With 31 athletes from 12 countries already facing a ban from the Rio de Janeiro Olympics in August, Bach warned in a commentary in Le Monde newspaper of tough sanctions, including against individual federations, if the accusations against Russia were proved.

The allegations against the Sochi laboratory are "very detailed and therefore very worrying", Bach said.

"If the inquiry confirms that the allegations are true, this would be a shocking new scale of doping, with an unprecedented level of criminality," added Bach.

He said there would be "zero tolerance" against athletes and their entourage.

"This action could go from a life-time Olympic suspension to heavy financial sanctions, even the suspension or exclusion of whole national federations, as is currently the case with the Russian athletics federation."

Bach also warned that a World Anti-Doping Authority (WADA) inquiry into Russia's actions in Sochi could "strongly influence" whether its athletes are allowed to return for Rio.

"If the existence of an organised system contaminating other sports was proved, the international federations and the IOC would have a difficult decision to take, between collective responsibility and individual justice."

Bach even said sporting authorities would have to consider whether the 'innocent until guilty' maxim should still be applied.

With international doping scandals mounting, the IOC announced Tuesday that 31 athletes from the 2008 Beijing Olympics had failed tests after their samples were reexamined.

Some 454 Beijing tests were re-examined and the results from 250 samples retested from the 2012 London Games will be announced shortly.

Bach said: "This decisive action will probably prevent dozens of athletes who have doped from competing in the Rio Olympic Games in 2016."

The IOC executive board also demanded that WADA start "a fully fledged investigation" into allegations that Russia's secret services and sports ministry subverted testing at the laboratory for the 2014 Winter Olympics in Sochi.
RELATED TOPICS