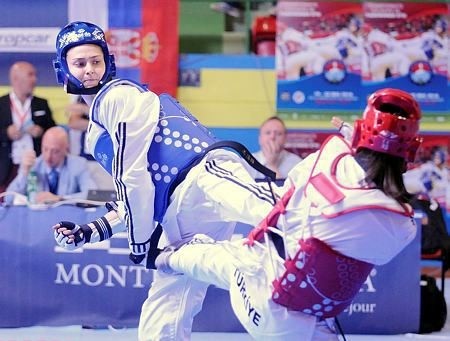 | AA Photo
by Daily Sabah May 21, 2016 12:00 am
Turkish athlete İrem Yaman won the gold medal in the women's 62 kg category at the European Taekwondo Championship after beating her French rival in the final game.

Yaman defeated her opponent Magda Wiet Henin 5-0 at the championship that was held in Montreux, Switzerland.

Nearly 400 athletes from 47 countries are participating in the European Taekwondo Union-organized championship. The federation said Turkey was represented by seven athletes in the four-day event.
Last Update: May 22, 2016 12:06 am
RELATED TOPICS