President Erdoğan on his way to attend Muhammad Ali’s funeral 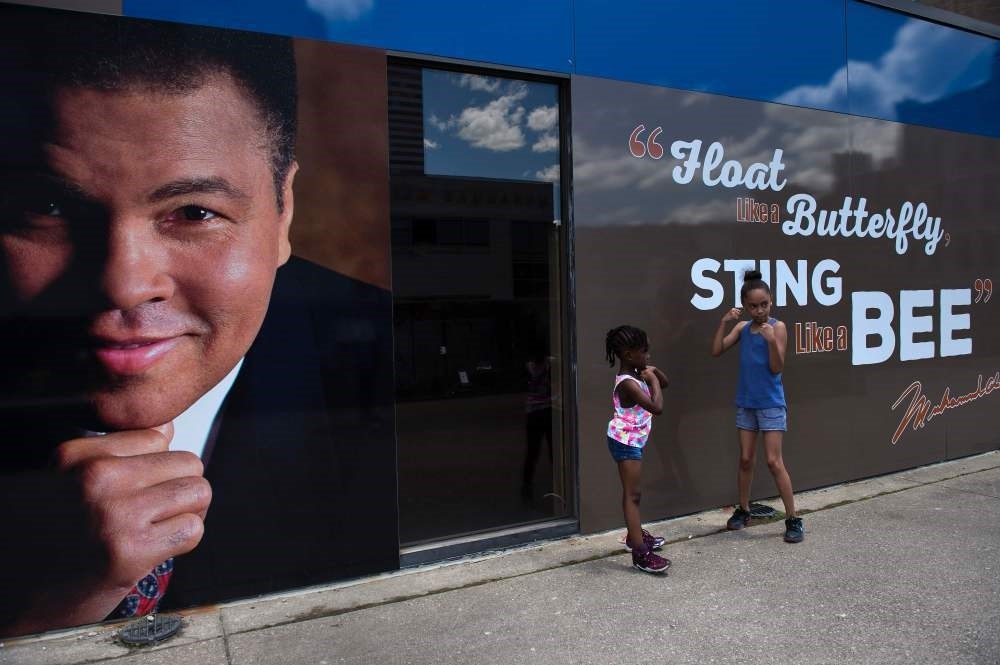 Muhammad Ali's hometown is ready to ‘welcome the world' for this week's ceremonies honoring the late boxing legend with a huge public procession. President Erdoğan will attend both an Islamic prayer service today and public funeral procession through the city on Friday

The largest city in the southern state of Kentucky and home to 600,000 people, Louisville plays host today and Friday to the mass, public celebration of the life of boxing legend Muhammad Ali, its most famous native son. Ali, whose remarkable boxing career and civil rights activism made him one of the most indelible figures of the 20th century, died last week at age 74 after a decades-long battle with Parkinson's disease. The ceremonies in Louisville will have three key moments: an Islamic prayer service open to all on Thursday, a long public funeral procession through the city on Friday and a memorial service at a sports arena that same day. President Recep Tayyip Erdoğan will attend both an Islamic prayer service today and public funeral procession through the city on Friday, according to the statement released by the presidential office. Former U.S. President Bill Clinton and comedian Billy Crystal are among those expected to speak about Ali. Clinton awarded Ali the Presidential Citizens Medal at the White House in January 2001 just before leaving office.

"This celebration for Muhammad will be a one-of-a-kind event for anywhere in the world ... and for us," Louisville Mayor Greg Fischer said, calling on the city's residents to show the hospitality and compassion that Ali championed.

"Muhammad shook up the world, and he showed everybody he was a world-class fighter and humanitarian, so now let's welcome the world."

Surprisingly, the first African-American President of the U.S. Barack Obama and his wife Michelle Obama will not be among those attending. "They will be attending Malia's high school graduation ceremony in Washington, D.C.," said spokeswoman Jen Friedman. Instead, a close aide to Obama "will read a letter from the president and the first lady as part of Friday's service in Louisville," said Friedman. Earlier this week, Obama called Ali's widow, Yolanda "Lonnie" Williams to offer his condolences. He also remembered a man "who fought for what was right" and whose gloves sit in his private White House study. Local authorities have received more than 2,000 accreditation requests from U.S. and world media, and hotels in Louisville - no stranger to big events, as the home of horse racing's marquee Kentucky Derby - are booked solid.

The Islamic service today will take place in 8,000-seat Freedom Hall that hosted Ali's last fight in Louisville in which he beat Willi Besmanoff in 1961.

On Friday, the procession - which will see Ali's coffin paraded through the streets of Louisville - will allow those without tickets for the Islamic service or the public memorial to see their hero one last time. The route will pass by sites that were important to Ali: his childhood home, the Ali Center, the Center for African American Heritage - which focuses on the lives of blacks in Kentucky - and, of course, along Muhammad Ali Boulevard.
RELATED TOPICS