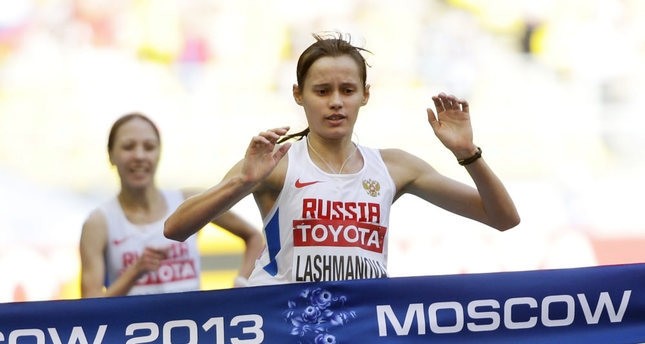 A Russian gold medalist, Elena Lashmanova, was banned for doping, but kept her world gold medal and the Olympic gold she won in 2012.
by Associated Press Jun 22, 2016 12:00 am

The International Weightlifting Federation says Russia, Kazakhstan and Belarus face one-year suspensions connected to the retesting of samples from the 2008 and 2012 Olympics, which may prevent their lifters from taking part in the games in Rio de Janeiro.

The IWF said Wednesday that the final decisions on the possible bans will be made after the International Olympic Committee makes a definitive ruling on the retests.

Separately, the IWF also withdrew 11 quota places for 2016 from Russia and five other countries for multiple doping violations at the 2015 world championships in Houston, part of the Olympic qualifying process.

The IWF also said it will set new rules about imposing extra sanctions in doping cases.