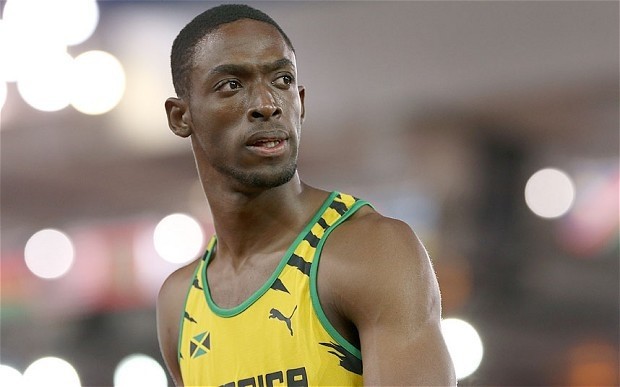 Fears of the Zika virus have plagued the upcoming Olympics in Rio de Janerio with an outbreak that began in Brazil declared a global health emergency by the World Health Organization because the virus can cause serious birth defects.

"I am a little worried (about preparation), but I am not letting that get in front of me," the 24-year-old told the newspaper in an article published Saturday. "I am just praying that I get the strength to carry me through the rounds."

Bailey-Cole won gold at the 2012 Olympic Games as part of Jamaica's 4x100m relay alongside Usain Bolt and won the 100m at the 2014 Commonwealth Games.

He said he learned he was infected with the virus after his girlfriend discovered a bump on his neck after a haircut, but that he had been continuing to train without knowing of the infection.

He continues to suffer from a rash although he had recovered from associated muscle pain, and hopes to still qualify for the games.

"I was experiencing back pains and muscle soreness, but I thought it was just soreness from the exercises I was doing," he said.

Fears of the Zika virus have plagued the upcoming Olympics in Rio de Janerio with an outbreak that began in Brazil declared a global health emergency by the World Health Organization because the virus can cause serious birth defects.

The WHO however said earlier this month that there was only a very low risk of spread of Zika at the games and athletes and spectators should not alter their plans despite calls by some observers for a delay of the Olympics.
Last Update: Jun 25, 2016 11:02 pm
RELATED TOPICS