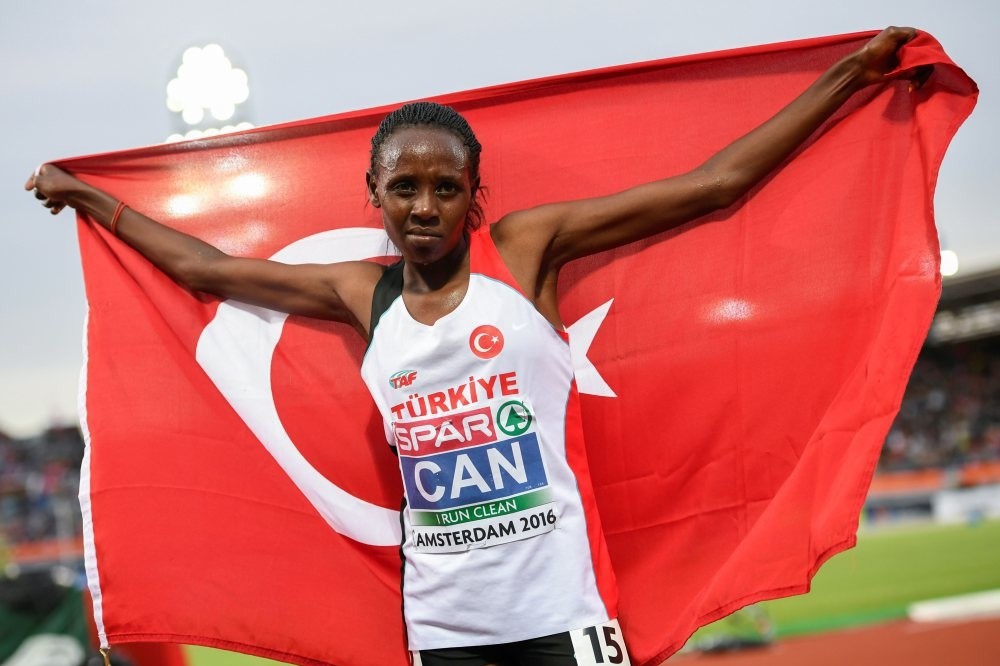 Can's second gold of the championships in Amsterdam, following her victory in the 10,000m on Wednesday, left Turkey with a record 9 medals with four golds, four silvers and one bronze. The 19-year-old Can, previously known as Vivian Jemutai and who became eligible to represent Turkey in March, had no problems over the 5km race.

She led from the front in a dominant display to come home in 15min 18.15sec, Eritrean-born Swede Meraf Bahta holding off Britain's Steph Twell to take silver. "When I came here, I didn't really expect to win anything. I wanted to come and see if I could get anything at all," Can said.
RELATED TOPICS