Pacquiao to return to the ring late this year 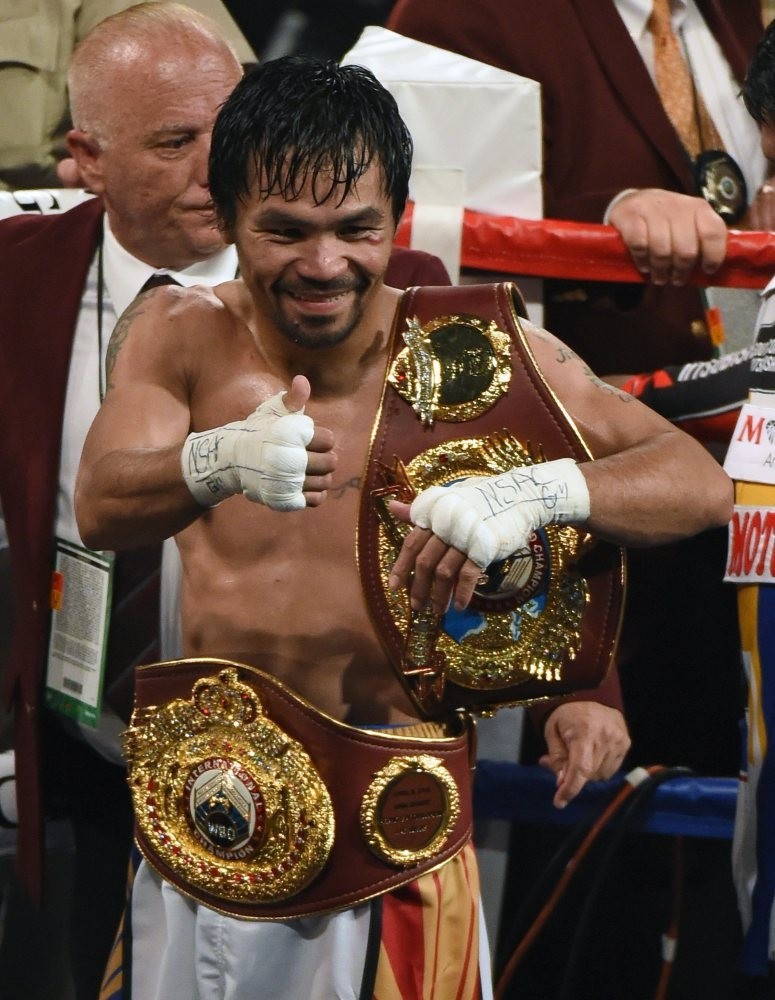 by Associated Press Jul 14, 2016 12:00 am
Manny Pacquiao is planning to fight again later this year, just three months after announcing his retirement from boxing, ESPN reported on Tuesday. Pacquiao, who said his win over Timothy Bradley in April was his final bout, would fight on Oct. 29 or Nov. 5 in Las Vegas against a yet-to-be-determined opponent, his promoter Bob Arum told ESPN.

Since Pacquiao's "farewell" bout three months ago, the 37-year-old former eight-division world boxing champion won a senate seat in the Philippines. According to the report, Arum had placed a hold on the Mandalay Bay Events Center in Las Vegas for a possible Pacquiao return on Oct. 15 but the southpaw's responsibilities forced a change of plans.

"Manny wants to come back. The problem is he can only come back if it doesn't interfere with his senate duties," Arum said in the report. "So now we're looking at Oct. 29 or Nov. 5. The question is building availability because we want to do the fight in Las Vegas."

Pacquiao's unanimous decision win over Bradley was his first fight in nearly a year after his loss to Floyd Mayweather. He had said he was bringing the curtain down on his career to concentrate on politics and his family.
RELATED TOPICS