Age is no barrier for Olympic gymnast warrior Chusovitina 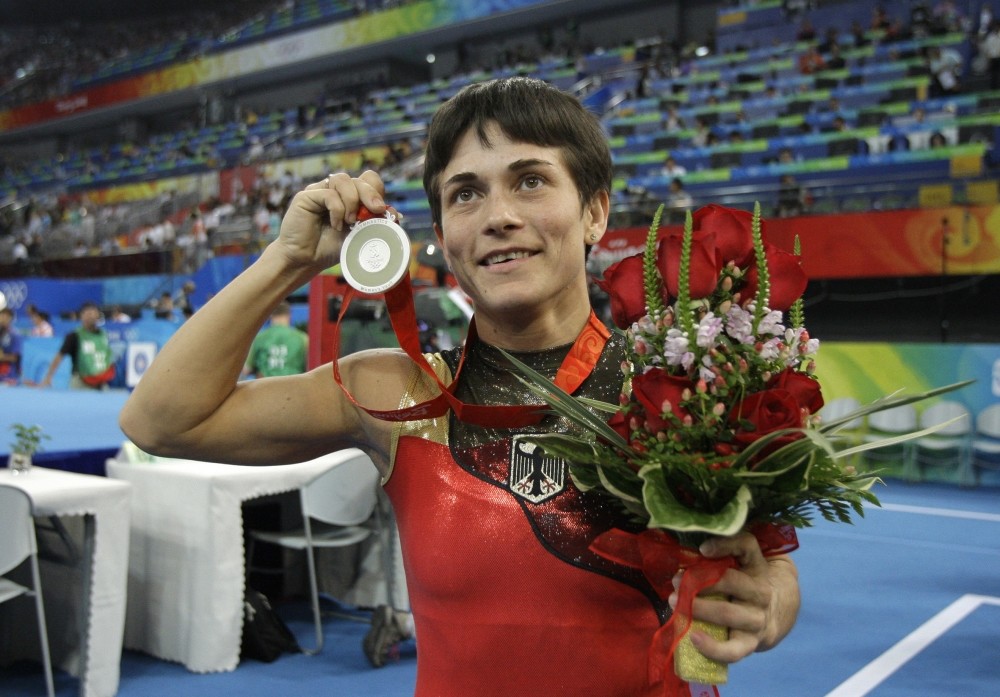 Chusovitinau2019s qualification for the Rio Games follows a staggering career which has seen her represent three different countries over a quarter of a century in a sport usually dominated by teen prodigies.
by Jul 20, 2016 12:00 am
Oksana Chusovitina, 41, is training for a record-breaking seventh Olympic Games, which will see the Russian-Uzbek star become the oldest woman gymnast to compete.

Chusovitina's qualification for the Rio Games follows a staggering career which has seen her represent three different countries over a quarter of a century in a sport usually dominated by teen prodigies.

Chusovitina, whose son is as old as many of her rivals in Rio, said she does not deprive herself to maintain her muscular 1.50-meter, 43-kilogram frame.

"I just train and perform, because doing so brings me pleasure." Chusovitina spoke with Agence France-Presse (AFP) during a break in recent training at the vast Gymnastics Palace in Tashkent.

Chusovitina started her career competing for the then-Soviet Union. After it collapsed, she went to the 1992 Olympics in Barcelona representing the Confederation of Independent States, former Soviet states. There she scooped gold in the gymnastics team event, but she had to wait another 16 years for an individual Olympic medal.

That came when she won silver on the vault in Beijing in 2008. By then Chusovitina was representing Germany, a country she moved to in 2002 to find treatment for her son Alisher, born in 1999, whose leukaemia was successfully cured.

Now she is back representing her Central Asian homeland of Uzbekistan - a nation of 30 million people, where she is so revered that she has figured on postage stamps.

"It is too early to make any sort of predictions," Chusovitina added when asked about her medal hopes.

Chusovitina admitted that it is sometimes tough keeping up with the rigors of a sport where she is often competing against gymnasts less than half her age. "Gymnastics has become much more difficult, but at the same time much more dramatic and beautiful."

Her longevity is attributed to constant training and hard work, rather than any special dietary secret. A person "can eat everything in moderation," she said in Tashkent, just ahead of her departure for a sports camp in Germany.

While Chusovitina might be coy about her achievements, her coach Nikolai Pak is much more forthcoming as she gears up to break the record for Olympic appearances by a gymnast.

"She has raised the bar," Pak told AFP. "Modern gymnastics is changing rapidly and Oksana is right up there with it. She doesn't stand still, and is always developing herself."

That admiration for an athlete who has won the World Championship gold for Uzbekistan on the vaults runs deep among her younger colleagues as well.

"She used to coach me sometimes and help me out with some things," Elena Rega,18, who has already represented Uzbekistan, told AFP.

"It is everything about her character, her warrior spirit. When she enters the gymnastics hall, it lifts your mood."
RELATED TOPICS