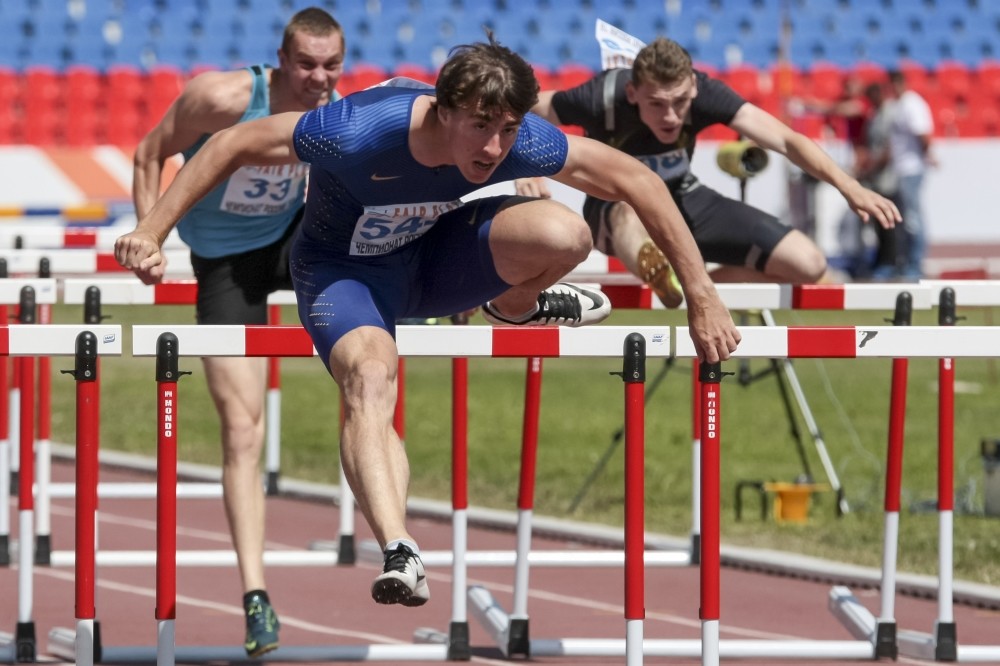 World 110-meter champion Sergei Shubenkov competes at the National track and field championships at a stadium in Cheboksary.
by Compiled from Wire Services Jul 20, 2016 12:00 am

A scathing report outlining a state-sanctioned doping system in Russia prompted calls for the nation's entire team to be sidelined from the Summer Games, raising the possibility that the Olympics could go on without a sports superpower for the first time since the 1980s

Russian Olympic athletes are as much pawns as true players in the drug-infused game in which their government broke rules in a brazen attempt to win medals at any cost. Now, all those athletes - more than 400 of them, including those who did nothing wrong - can only wait and see what their fate is for the Summer Olympics, which start in a mere 17 days.

With the clock ticking, the executive board of the International Olympic Committee meets today to go over options in the wake of a report that uncovered a state-run doping scheme that ensnared 28 sports, both summer and winter. It started in 2011 and ended four years later - well past the time when Russian authorities knew they were under the doping microscope. The investigation, authored by arbitrator Richard McLaren, told of 312 positive tests that Russia's deputy minister of sport directed lab workers not to reported to the World Anti-Doping Agency. Also involved were Russia's FSB - the current version of the Soviet Union's KGB.

"I'm shocked and devastated by what's been going on," said Paul Melia, the head of Canada's anti-doping organization, after the findings were delivered Monday in Toronto. "And I can only imagine how betrayed the clean athletes of the world are feeling today in the face of this evidence."

After receiving the evidence from a report that it commissioned, WADA called for the IOC to consider a ban of Russia's entire Olympic team."WADA insists upon imposition of the most serious consequences to protect clean athletes from the scourge of doping in sport," said agency president Craig Reedie, who is also an IOC member. But a blanket ban is not a sure thing. The decision to deliver one is rife with political ramifications that involve a country that sent the third-most athletes (more than 430) to the previous Summer Olympics, four years ago in London. It puts the IOC in the position of ruling against one of its biggest supporters, a nation that spent more than $50 billion hosting the Winter Games in Sochi just two years ago.

IOC president Thomas Bach said the committee wouldn't hesitate to apply the toughest sanctions available. But Bach has frequently spoken about the fine line between "collective responsibility and individual justice." And for every anti-doping agency and athlete group calling for a full ban in the name of clean athletes, there's seemingly another sports organization or leader urging restraint.

"The right to participate at the games cannot be stolen from an athlete, who has duly qualified and has not been found guilty of doping," said Bruno Grandi, president of gymnastics' international federation. "Blanket bans have never been and will never be just." NEW YORK / AP

The Russian Olympic Committee is calling for further investigation into allegations of a state-sanctioned doping cover-up, but also suggests the accusations may be "baseless."

Russian Prime Minister Dmitry Medvedev has suspended Deputy Sports Minister Yury Nagornykh, who was named in a report on the doping of Russian athletes at the 2014 Sochi Olympics.
RELATED TOPICS