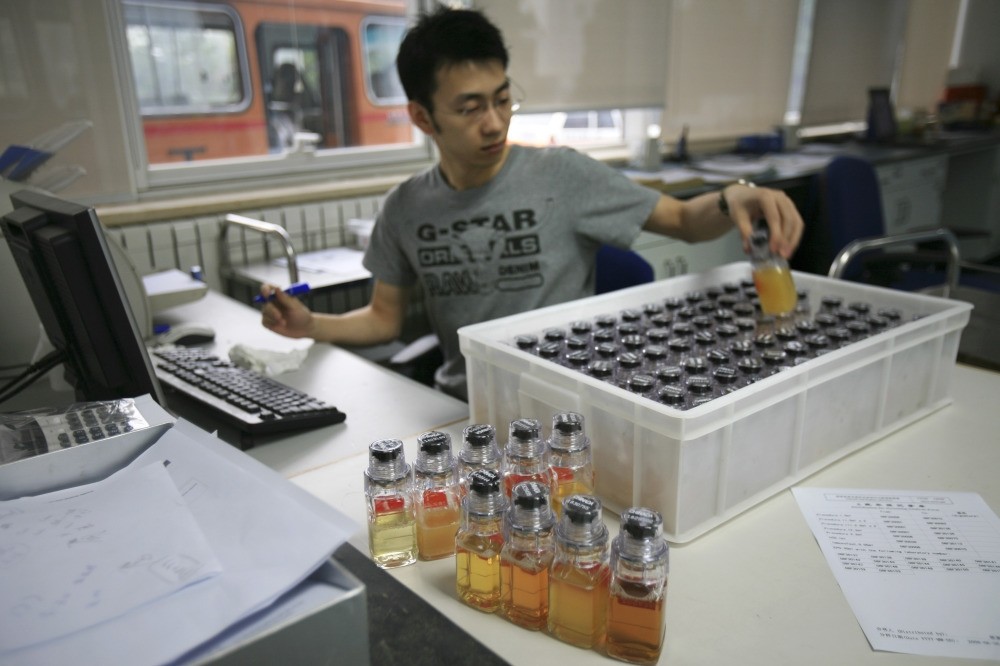 Urine samples from Chinese athletes are recorded upon arriving at the Chinese Anti-Doping Agency in Beijing in 2008. The IOC said athletes caught for doping in retesting of samples from the 2008 Olympics.
by Daily Sabah with AP
Jul 23, 2016 12:00 am

Forty-five more athletes, including 23 medalists from the 2008 Beijing Games, have been caught for doping after retesting of samples from the last two Olympics, the International Olympic Committee (IOC) said Friday.

The new cases bring to 98 the total number of athletes who have failed tests so far in the reanalysis of their stored samples from Beijing and the 2012 Olympics in London.

Using "the very latest scientific analysis methods," the latest round of retests produced 30 "provisional" positive findings from Beijing and 15 confirmed positives from London, the IOC reported.

No names were given.

The International Olympic Committee stores doping samples for 10 years so they can be retested when new methods become available, meaning drug cheats who escaped detection at the time can be caught years later.

The retesting program has targeted athletes who were in contention to compete at the upcoming Olympics in Rio de Janeiro, but has also been widened to cover many medalists.

"All athletes found to have infringed the anti-doping rules will be banned from competing" at the Rio Games, the IOC said.

The announcement comes at a time when the IOC is weighing whether to ban Russia from the Rio Olympics over allegations of systematic and state-run doping.

On Thursday, the Court of Arbitration for Sport upheld an IAAF ban on Russia's track and field athletes from the games. The IOC executive board is scheduled to hold a meeting Sunday amid calls by anti-doping bodies to exclude Russia entirely from Rio.

The IOC said the previous first wave of retests had found 30 positive cases from Beijing and 23 from London. The Russian Olympic Committee has said 22 of those cases involved Russian athletes, including medalists.

A total of 1,243 samples have been retested so far in the first two waves of the reanalysis program.

The 15 athletes caught in the new London tests represent two sports and nine countries. The IOC did not say whether any were medalists.

A third and fourth round of retesting will continue throughout and after the Rio Games, the IOC said.

"The new reanalysis once again shows the commitment of the IOC in the fight against doping," IOC President Thomas Bach said in a statement.

The IOC said it was informing the national Olympic committees and international sports federations affected by the latest positives, clearing the way for disciplinary proceedings to begin against the athletes.

The IOC said it could not provide more details, including the names of the athletes, "for legal reasons."

So far, only one athlete has been formally disqualified by the IOC in the retesting program.

Last week, Ukrainian weightlifter Yulia Kalina was stripped of her bronze medal from the London Olympics after her sample came back positive for the steroid turinabol.

The IOC reported in May that it had found 31 positives from Beijing. It said Friday that the backup "B" samples in two cases did not confirm the original finding, while an additional positive case was confirmed later.