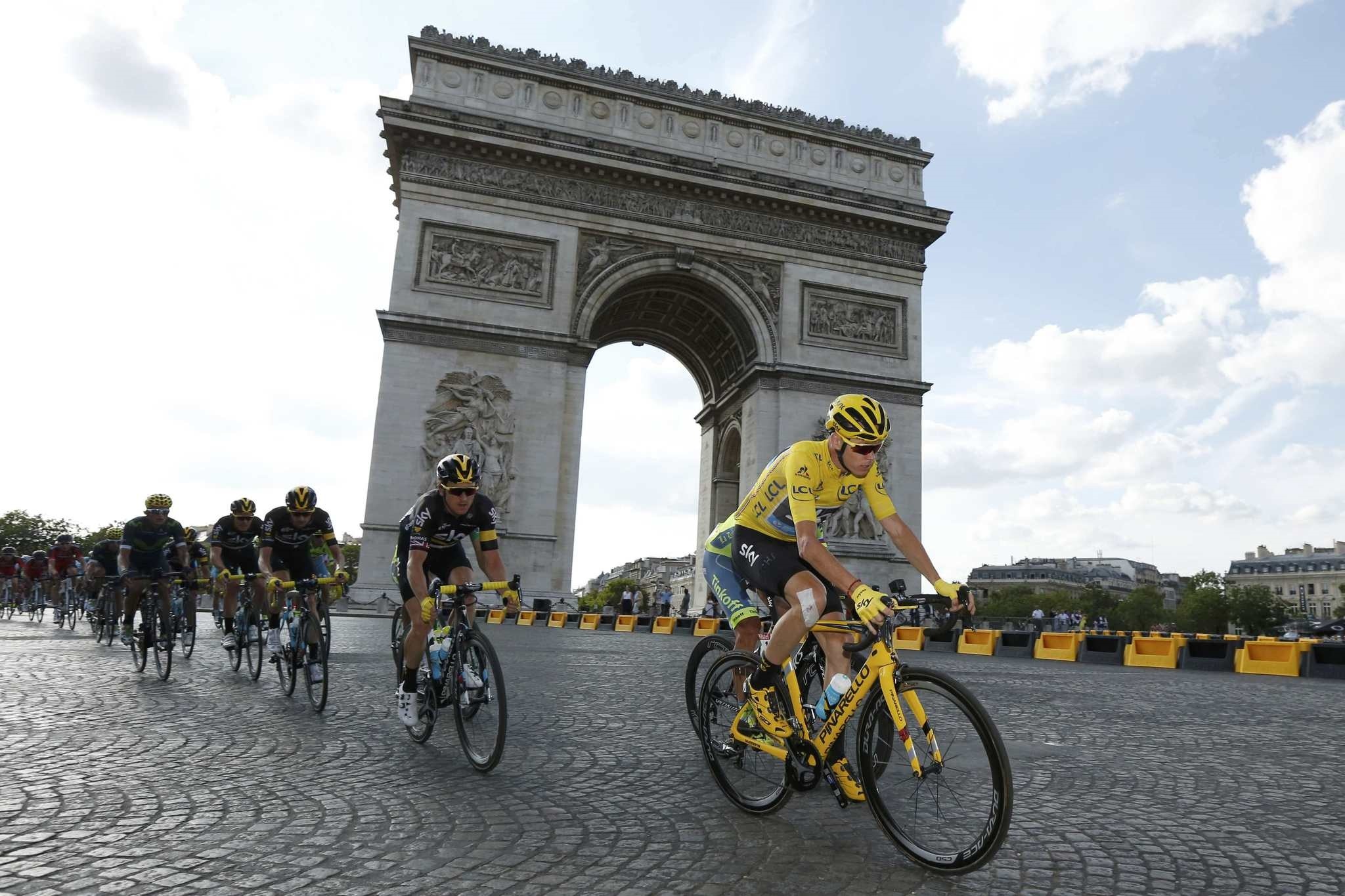 Briton Chris Froome cemented his status as one of the greatest Tour de France riders when he secured his third title on Sunday after a three-week rocky ride.

Germany's Andre Greipel won the 21st and last stage, a 113-km ride from Chantilly ending on the Champs Elysees in Paris.

The Team Sky rider survived two crashes and even a jog up a mountain road to add to his 2013 and 2015 triumphs to become the first rider to retain his title since Miguel Indurain in 1995.

American Lance Armstrong won seven titles in succession from 1999 but was erased from the winners' list after admitting to doping.

Sagan, who won three stages, was also voted the most aggressive rider in the three-week race while Adam Yates showed Britain was full of resources, ending up fourth overall and winning the white jersey for the best Under-25 rider.

Another Briton, Mark Cavendish, also claimed four stages but he pulled out of the race on the second rest day to prepare for the Olympics, where he will be competing on the track.