Mardini prepares for Rio as face of the Refugee Team 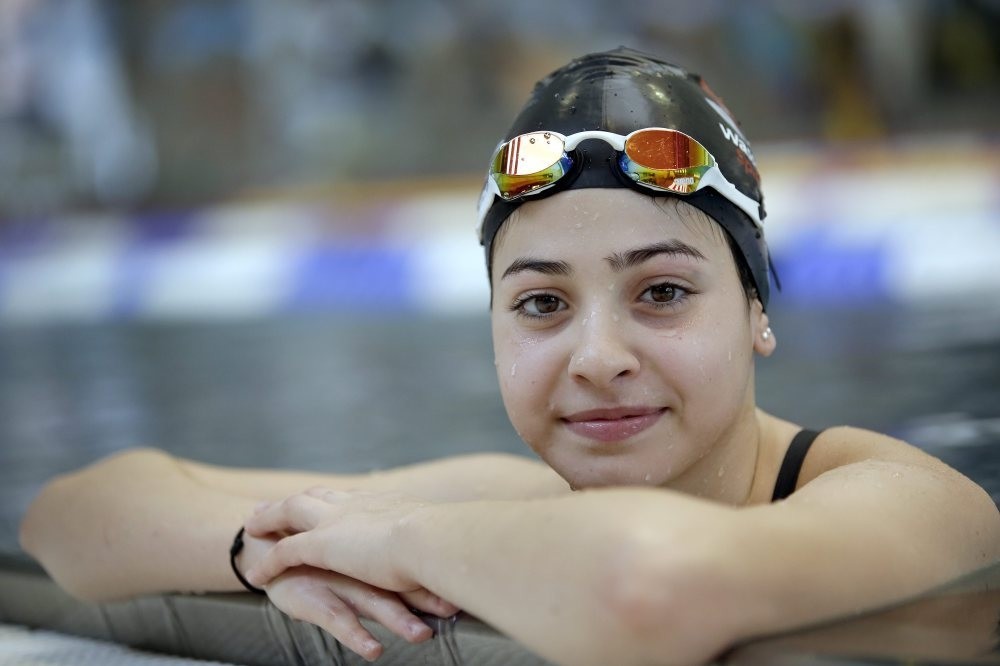 by Jul 27, 2016 12:00 am
When Yusra Mardini was fleeing war-torn Syria, an appearance at the Olympic Games seemed impossible but the face of the Refugee Team is now heading for Rio.

In only a few days the Olympic dream of Berlin-based Syrian refugee Yusra Mardini will become a reality. she and her swimming coach Sven Spannekrebs will arrive in Rio de Janeiro for the 2016 Olympics. "The excitement is rising daily and you think about everything that could happen," Spannekrebs said, while the 18-year-old Mardini added she was "proud and thankful" to be taking part.

In addition to starts in the 100-meter butterfly and 100m freestyle, there will be a host of press duties for the teenage star. German broadcaster ARD has already invited her to its studio.

ARD actually wanted to follow Mardini with a camera en route to Brazil, an opportunity Spannekrebs declined in an attempt to shield his swimmer from some of the media glare which comes from being the face of the Refugee Team.

It is unsurprising that Mardini has become quite well known since the International Olympic Committee (IOC) opened up the possibility of refugees competing in Rio in their own team - with bright eyes, teenage exuberance and fluent English, she is the ideal poster-girl for the policy. "Many people are inspired by me and I do not want to disappoint them," she said. Mardini is determined to show "that refugees are not only victims. We can do something and achieve things."

In that sense she is a symbol of hope and part of the media interest comes from her dramatic escape from Syria. She and her sister jumped into the water to help push an overcrowded boat to shore as it threatened to sink in the Aegean Sea between Turkey and Greece.

Mardini's odyssey ended in Berlin and since November, she has been part of a swimming club in Spandau in the west of the German capital. Initially, there were no thoughts of the Refugee Team but she and nine other athletes had their places confirmed on June 3, including another swimmer friend from Syria, Rami Anis, who fled to Belgium.

More than 1,000 interview requests have been made to Mardini, who has a bustling Facebook page, while an Italian student wrote to her to say she was the main subject of her homework. Even Hollywood has signaled an interest with a potential film of her story in the pipeline. At a Berlin media day in March, Mardini came across as a friendly teenager who understood how to deal with the hype. But that is not the whole story.

"I've hated it sometimes," she admitted. "The pressure was enormous."

In Rio, the focus will be on swimming but despite training 30 hours a week since November, the two-year break enforced by her situation in leaving Syria means escaping the heat is highly unlikely.

Bigger goals exist already in the shape of Tokyo 2020: "There I'm dreaming of a gold medal like every athlete," she said.

Perhaps there she will also be able to represent her home country, like most other athletes.
RELATED TOPICS