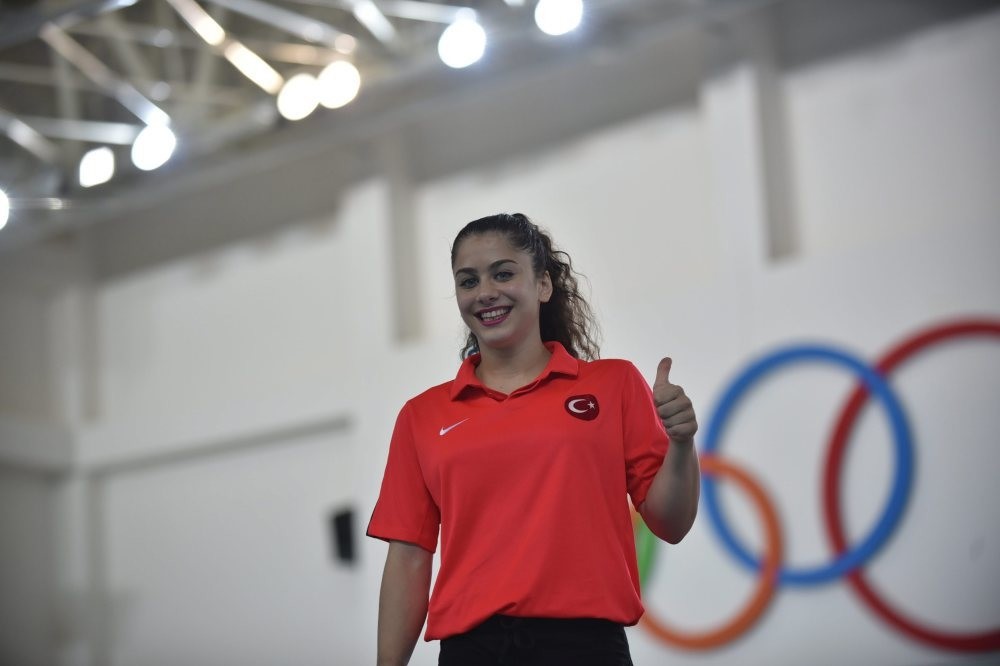 With only a few days left to the 2016 Rio Olympics, Turkey's athletes will compete for the first time in tennis, modern pentathlon, canoeing and rowing

Turkey seeks to make the public forget the failure in 2012 London Olympics, where the country won just two gold medals, and aim to surpass the achievements of the 1960 Rome Games where the Olympics team garnered seven gold medals, the most in the country's Olympics history. The high number of sports figures who have qualified for the Olympics and the majority of young athletes among the competitors instill hope for Olympic glory. Turkey competed in only 16 fields in the London games and it will compete in 28 fields in Rio. The country's athletes will also compete for the first time in tennis, modern pentathlon, canoeing and rowing in the 2016 Olympics. Tutya Yılmaz and Mete Gazo are the two youngest Turkish Olympians. The 17-year-olds will compete in gymnastics and archery.

İrem Karamete, who hails from a family of fencers, will be the first Turkish fencer to qualify for the Olympics and only the second Turkish female fencer to compete since the 1936 Berlin Olympics.

Ferhat Arıcan, 23, will be the first Turkish male gymnast to compete in the Olympics. Gymnastics is not a category Turkey has ever mastered and Göksu Uçtaş became the first Turkish gymnast in Olympic history when she competed in London in 2012.

The modern pentathlon is also new to Turkey, which will compete in the category for the first time in its Olympics history. İlke Özyüksel, 19, earned the title of the first Turkish athlete to compete in this category.

Viktoria Zeynep Güneş, a young swimmer hailing from Ukraine, is among Turkey's favorites to win Olympic gold. Güneş won the first female gold swimming medal to Turkey in swimming when she represented the country in the 2015 International Swimming Federation (FINA) World Championship.

Servet Tazegül made the headlines in the 2012 Olympics when he became the first Turkish athlete to win gold in taekwondo. The country is counting on Tazegül for a gold medal at the Olympics.

Wrestling, called the "sports of ancestors" in Turkey, has always been one of the few fields where Turkey has achieved success. Rıza Kayaalp, a world and European champion, managed to win a bronze medal when he lost to his Cuban rival Nunez Lopez in the last Olympics but he might reach for gold in Rio this time.

Taha Akgül is another wrestler Turkey is counting on as he won three European titles and one world title over the last four years. Akgül plans to retire if he wins gold in Rio and switch to oil wrestling.

In tennis, Çağla Büyükakçay, the first Turkish woman to win a WTA title, is the country's favorite for a gold or at least a bronze medal.

Büyükakçay will be the Turkish team's flag bearer in the Olympics according to Turkish media though it is not confirmed yet. Büyükakçay dreams of playing against American tennis great Serena Williams but she hopes she won't "in the first stages," she told reporters earlier this week at a press conference about Olympics.
RELATED TOPICS