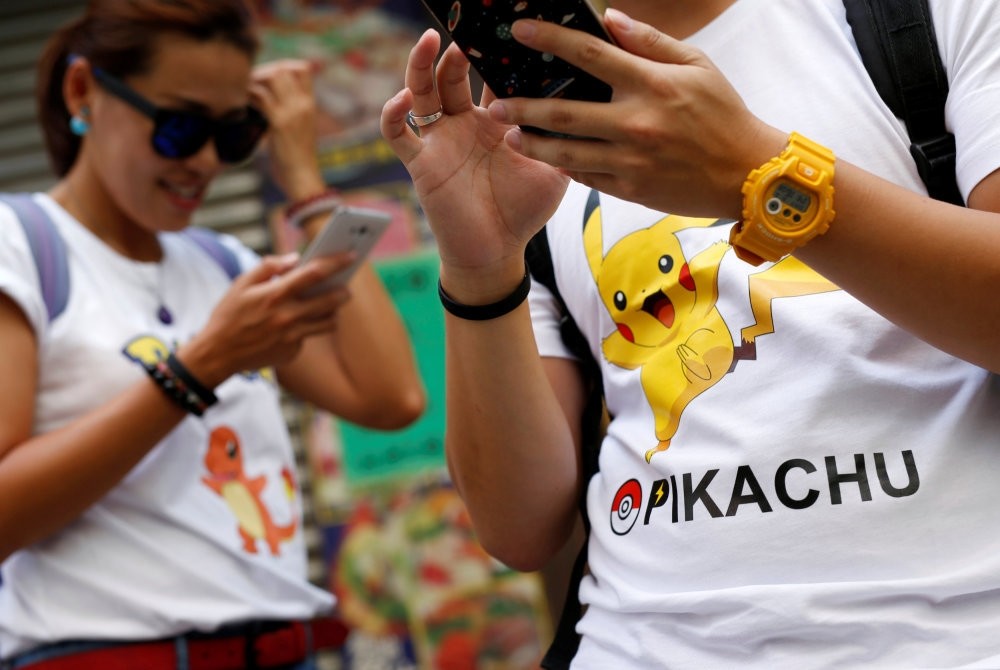 ‘Pokemon Go,' an interactive mobile gamet hat has taken the gaming World by storn over the last couple of months, is now in Rio fort he Olympics and may end up gaining more attention

For some at the Rio Games, there's gold, silver and bronze. Or perhaps there's Golduck, Shellder and Bulbasaur.

Pokemon Go — which has been available in some parts of the world, including the United States, for about a month — has just now arrived in the Olympic host city of Rio de Janeiro. Available this week in Brazil for the first time, not coincidentally on the eve of the Rio Olympics, the game involves players using their smartphones to track down the virtual creatures.

"I've never run this much in my life," said Gabriela Alves, a Rio native who had her phone out and was collecting Pokeballs — a key component to the game — in downtown Rio on Thursday. "Is this what Olympians feel like?"

Well, maybe it's what some of them feel like.

It was a cause of some lament among Olympians who arrived in Rio to find that Pokemon Go wasn't there to greet them. U.S. diver and 2012 silver medalist Abby Johnston tweeted that "the worst thing about the Olympic village" was how she couldn't find a way to play the game there. A few days later, that issue is solved.

Some members of Germany's field hockey team said they caught a "special" Pokemon character in the athletes' village, though it turned out that they were only posing for a photo with world No. 1 tennis player and fellow Olympian Novak Djokovic. And star men's Olympic gymnast Kohei Uchimura of Japan told media from his country that he racked up a $5,000 phone bill using so much data trying to play the game leading up to the games.

"It's one of those things that pulls out the child in you," New Zealand rower and 2012 gold medalist Eric Murray said, revealing that he's an avid Pokemon Go fan. "It was pretty cool because you go around and catch Pokemon, which is what they did in the cartoon, and it's fun."

The smattering of people inside the Olympic Park on Thursday could find some Pokestops (where you collect Pokeballs and other items) and Pokegyms (where players, after joining a team, can compete against others). When the Olympic action starts in earnest on Friday, it seems like a certainty that Pokemon Go will be part of the spectacle.

But in parts of Rio, it's already a very big deal. "Pokemon! I started to play Pokemon yesterday," said Ronaldo Banto, who works in a Rio hotel and spent his free time Thursday morning running around with his phone playing the game. "Now I'm trying to find some Pokemons here. I'm loving it."

Banto was drawn to a park, given that the app was telling him activity could be found there. He met up with a few other people who were already there and the group — most of whom had never met previously — spent a few minutes together reviewing notes and talking about the game.

For others, it's a new way to pass the time before seeing the Olympics. "My kids downloaded it on my phone because they left theirs on the plane, so I guess I better learn now," said Michelle Birney of Los Angeles, who brought her two daughters to Rio for the Olympics to see soccer matches and family members.

While she spoke, her two girls ran a cobblestone square, looking down at their phones and almost colliding with a man playing the same game. "If Pokemon ever gets in the Olympics, maybe they have a shot," Birney said.
Last Update: Aug 08, 2016 1:13 am