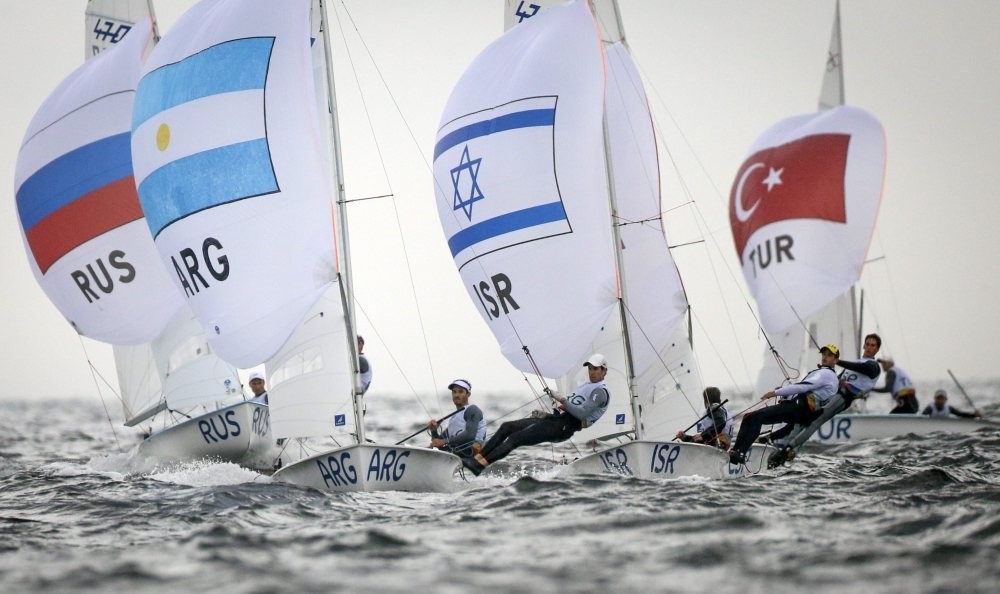 Güneş finished the competition with 2.23.49 and was ranked fifth but she had to say farewell after ranking ninth in the general classification.

Güneş advanced to the semi-final after she swam 2:23.83 seconds as the seventh fastest qualifier on Thursday. Güneş has been representing an Istanbul-based club named ENKA Spor for the last two years, for whom she has won 11 medals at various events. She made Turkish swimming history when she won four gold medals at the 2015 FINA World Junior Swimming Championships in Singapore. In the Stockholm Swim Open held in April 2016, Güneş won the gold medal in the 400-meter mixed competition and directly qualified for the Rio Olympics. She is the first swimmer from Turkey to qualify directly for the Olympics after her success in the 100-meter and 200-meter breaststroke, and 200-meter and 400-meter mixed category.

Also in Rio, Ethiopian swimmer Robel Kiros Habte has won hearts but faced a vitriolic reaction at home yesterday due to accusations that nepotism is the only reason he is at the Olympics.

The 24-year-old son of the country's swimming boss ranked 59th out of 59 competitors in the men's 100m freestyle heats on Tuesday, posting a time of 1:04.95 - half a lap behind anyone else. Between the rippling abs of the world's finest swimmers, 24-year-old Habte's generously rounded stomach quite literally stuck out, soon earning him the affectionate nickname of "Robel the Whale" on social media.

But internet users in Ethopia - which regularly produces first-class athletics champions - were apoplectic with rage that Robel had been selected.

Habte even took the honor of carrying the flag during the Olympic opening ceremony on Aug. 5, a symbol of patriotic pride that Ethiopians were outraged was not given to the world-class runners walking alongside him.

Star U.S. swimmer Michael Phelps has captured headlines in Rio's Olympic pool this week for his astonishing lifetime haul of gold medals, and for the curious red circles on his shoulder.

Germany was long considered one of the top swimming nations in the world - despite failing to come through with Olympic gold medals. But the German swimming world is in shambles as they will likely leave a second straight Olympics without a pool swimming medal.

Germany's weightlifting coach has called for seven countries currently competing at the Rio de Janeiro Olympic Games to be banned from international competition - and named an eighth - for doping abuse.

"Besides Russia and Bulgaria [who are already banned from weightlifting at the Rio Games], many other countries also have systematic doping," Germany's coach Oliver Caruso told daily newspaper Bild.

"These countries are robbing us of starting places (for other athletes), perhaps even medals."

With one swing, Adilson da Silva of Brazil put golf back into the Olympics for the first time in 112 years. The lone Brazilian in the 60-man field was chosen to hit the opening tee shot at the Olympic Golf Course in a proud moment for the sport. His drive went right down the middle of the fairway, and da Silva smiled and removed his cap to wave at the crowd.
RELATED TOPICS