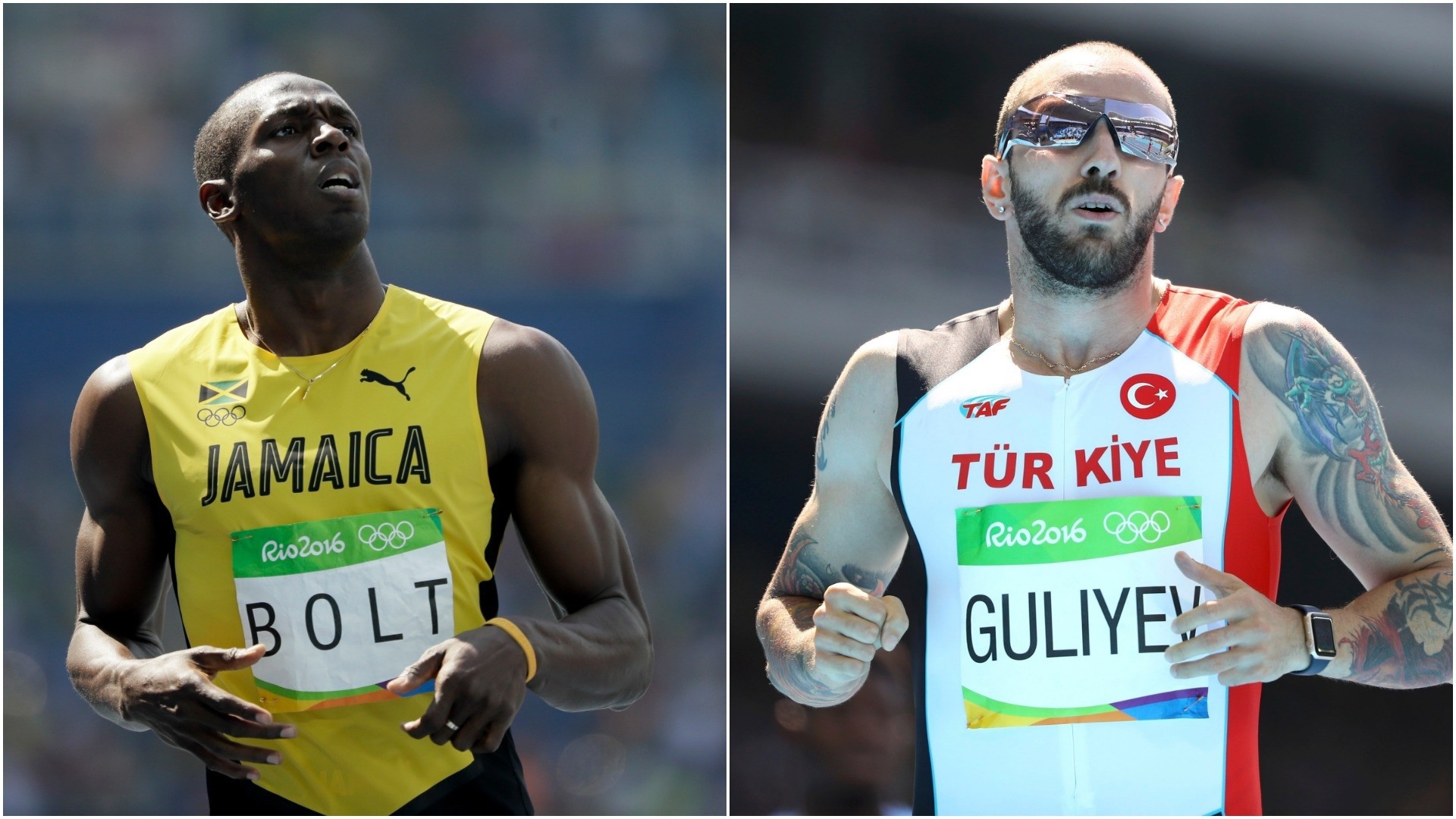 It seems that Usain Bolt's final chapter of a historic Olympic "triple-double" in the men's sprints may be coming to an end by unexpected rivalry as he hopes to add the 200m gold to the 100m crown for the third consecutive Games.

Setting his sight on a third straight victory in the 200m after Beijing (2008) and London (2012), Bolt moved a step closer to his goal when he won heat nine on Tuesday in just 20.28 seconds.

We know that he is some kind of 'Olympic god', as he can non-chalantly check out the crowd cheering him on while competing in the 200m qualifiers and even flash a cheeky grin to the camera while his opponents have to focus on their lane.

But currently in 15th place in the general standings for men's 200m, Bolt is actually quite far down on the list – for him anyways.

Turkey's Jak Ali Harvey may have been eliminated but Guliyev seems to be offering Turkey a new hope for the gold in 200m.

Finishing second in heat 3 in 20.23 seconds, Guliyev also finished ahead of Aaron Brown and Justin Gatlin.

Other notables that qualified ahead of Bolt were Canada's A.Brown, American Justin Gatlin, Jamaica's Yohan Blake and LaShawn Merritt of the U.S.

To find out we'll just have to wait for the finals.