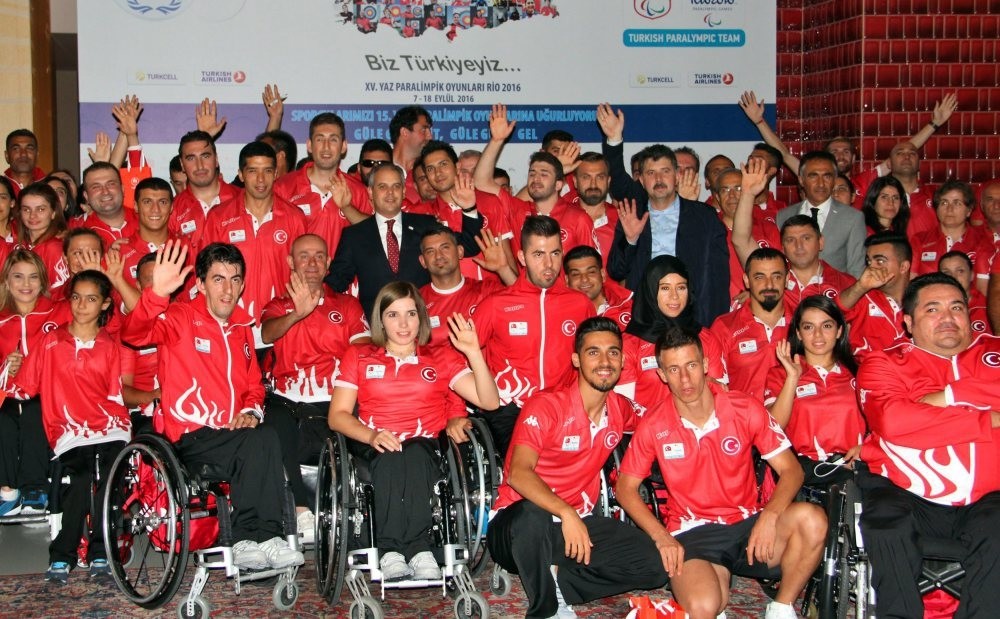 by Anadolu Agency Sep 08, 2016 12:00 am
Turkey aims to get more than 10 medals in the 2016 Olympics and Paralympic Games in Rio de Janeiro, Brazil after a disappointing showing four years ago. At the 2012 London Paralympic Games, Turkey won 10 medals, including one gold, five silver, and four bronze medals.

Abdullah Çetin, head of sports for the visually impaired, said that they had won three medals in London, and hope to at least double that this year. Birol Aydın, head of the Turkish Special Athletes Sports Federation, said Turkey's Mihriban Kaya has become one of the world's top young athletes.
Last Update: Sep 08, 2016 11:05 am
RELATED TOPICS