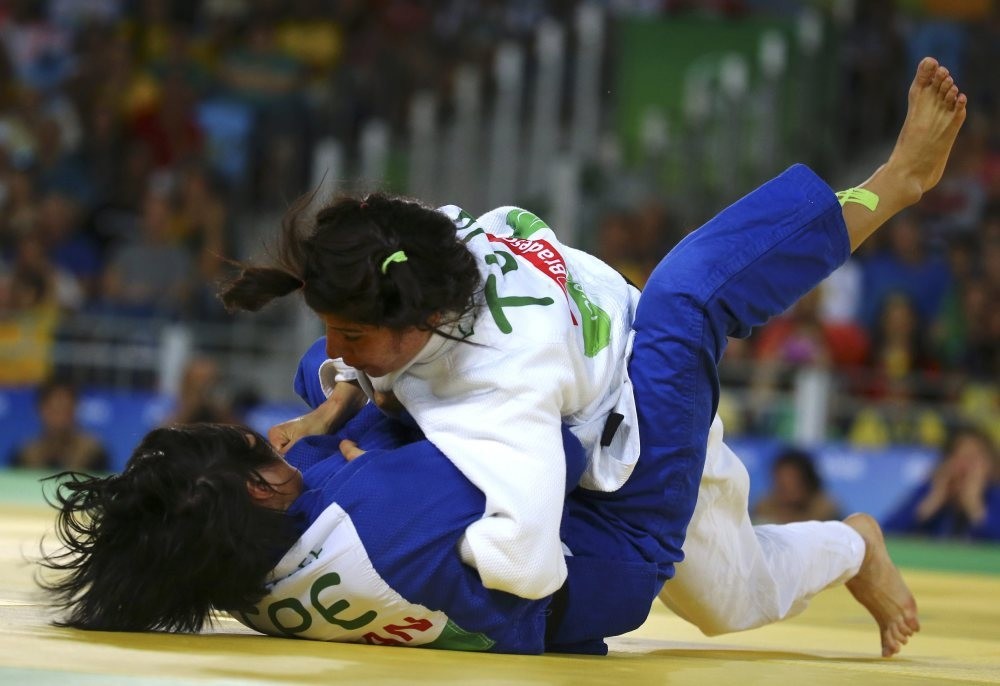 Turkey won one gold and one bronze on the first competition day at the Rio Paralympics. Nazmiye Muratlı broke world records to claim the first Paralympic powerlifting gold medals at Rio 2016 in the women's under 40 kilogram. Muratlı claimed her second Paralympic gold medal as she broke the world record of rival and silver medalist Cui Zhe of China. On her second attempt, Muratlı lifted 104kg to beat Zhe's previous best of 103.5kg she set last year. Muratlı, a gold medalist at London 2012, tried to break her own record immediately after but failed to successfully lift 106kg. Another Turkish female athlete Ecem Taşın won the bronze medal in judo in 48 kg. Turkey's Wheelchair Basketball Team beat Japan 65-49 in their first match of the tournament.

Youth and Sports Minister Akif Çağatay Kılıç congratulated the Turkish medal winners. Elsewhere, Brazil's star Paralympic swimmer Daniel Dias tore off to a gold-winning start in Rio, but don't call him another Michael Phelps - Dias is busy writing his own name in history.

With a gold late Thursday in the 200 meter freestyle S5, Dias, who was born with congenital malformation of his arms and right leg, now has 16 medals and is closing in on becoming one of the most decorated Paralympians of all time. At stunning speed, the 28-year-old delighted the raucous Brazilian home crowd by beating U.S. swimmer Roy Perkins by 10 seconds. What's scary for opponents is he has eight more events to go.

That's where the Phelps comparisons come in. The U.S. swimmer - the most decorated Olympian in any sport - retired at the close of the Rio Summer Games in August with a haul of 28 medals, 23 of them gold. Dias is catching up, but says he has his own story to tell."I'm Daniel Dias and I want to build my own legacy. But I'm happy to be compared to a great athlete," he told AFP.

It's possible that Dias will go all the way in Rio, reaching 24 medals. That would take him past the current record holder for Paralympic male swimming medals, Australian Matthew Cowdrey, who has 23 - although way off the astonishing 55 medals for the now retired U.S. swimmer Trischa Zorn. If Dias competes again in Tokyo 2020, he'd even have a chance to overtake Phelps. "I never think about this," he says. "That's true. I just try to do my best and to swim well. The medal is the consequence of that work."

Dias became Brazil's most successful Paralympic athlete during the London 2012 Games. And the emotion in the swimming arena on Thursday was intense. "He is the champion!" chanted the delirious crowd - including his two sons, wife and parents - before breaking into the national anthem. "It was more emotional than I could have imagined," he said afterwards.

Meanwhile, the International Paralympic Committee stripped the accreditation of a Belarussian who waved a Russian flag at the opening ceremony, calling it a "political statement" after Russia's doping ban. The IPC said it would also speak to the Belarussian Paralympic Committee to remind it that political displays are not allowed at the Olympic or Paralympic Games. The man in question was not an athlete but a friend of the Belarussian committee president who had been accredited to take part in the ceremony, said the IPC.
Last Update: Sep 10, 2016 1:11 am
RELATED TOPICS