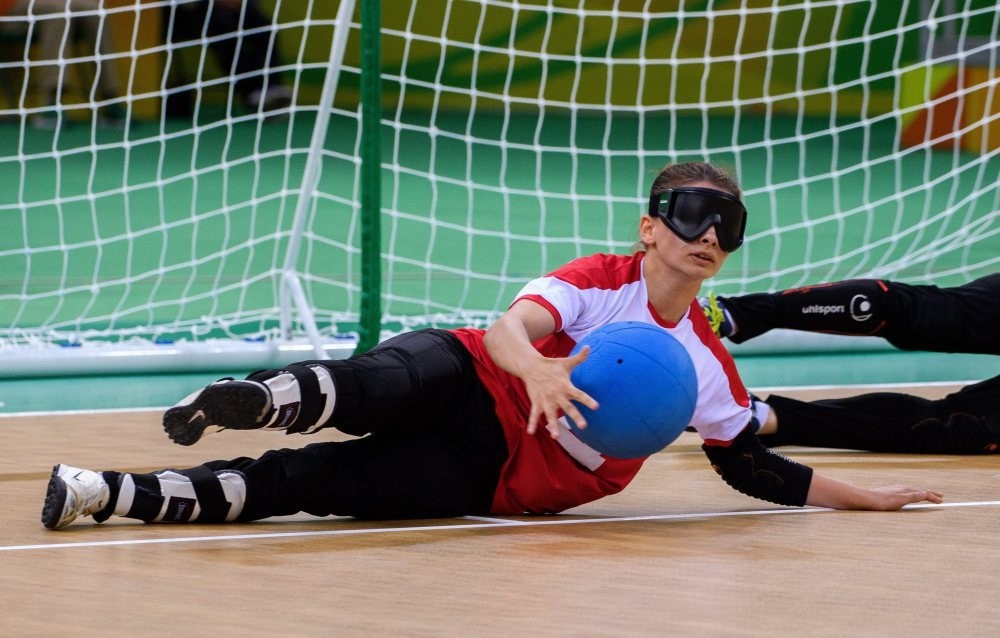 EDITOR HAKAN BAu015e
by Daily Sabah with AA Sep 19, 2016 12:00 am
Although Turkey ended Rio Paralympics in 33rd place with three golds, one silver and five bronze medals, its goalball team enjoyed historic success in the tournament. Turkey upset a formidable Chinese side to win the women's gold on Friday in their first appearance at a Paralympic Games. China went into the women's gold medal game as the favorites against the Turkish debutants, but the newcomers were too well-rehearsed for their Chinese counterparts, winning 4-1. China managed to nullify the Turkish team for over six minutes, which no other team has been able to do at the Games. However, Turkey's star player, Sevda Altunoluk persevered with a series of high ball attacks and was rewarded late in the seventh minute to open the scoring 1-0. Turkey's second goal came in the second half with the ball creeping into the corner thanks to Altunoluk who found the acute angle from across court. Seda Yıldız picked up a third goal for Turkey in the 14th minute with help from a deflection off China's Wei Zhang.

Fengqing Chen put China on the board with a goal in the 18th minute, but then gave away a penalty soon after, allowing Turkey to counterattack. With two missed penalty attempts, it was third time lucky for Altunoluk who blasted a goal down the side of the court to extend the lead back out to 4-1 and run away with the win.

"We knew before we came that we would be the winners," said Altunoluk.

"It's a big advantage for us, and a young team has also planted the seed for the future as well."