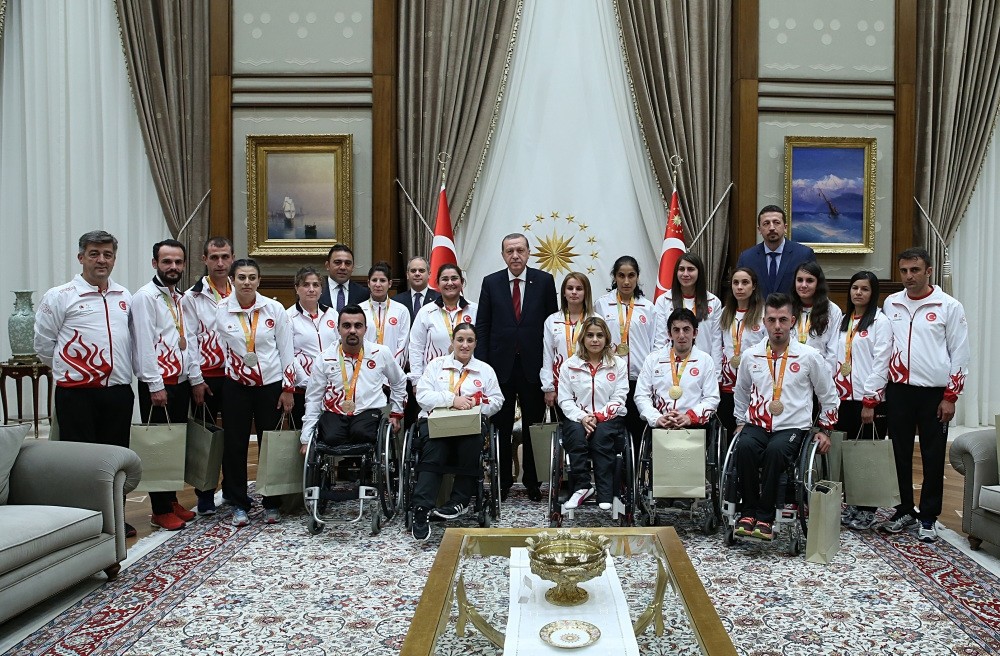 by Daily Sabah with AA Oct 03, 2016 12:00 am
President Recep Tayyip Erdoğan met with Turkish athletes at the Presidential Palace who won medals at the Rio 2016 Paralympics. The athletes told President Erdoğan about the medals they won as well as their training. An athlete from the National Goalball team said "We won a gold medal unbeaten. My husband had won bronze in the 2012 London Olympics."

Then Erdoğan said to her, "You went ahead of your husband." Another athlete in the hall added, "No, she crushed her husband" and the crowd chuckled. Meanwhile, Prime Minister Binali Yıldırım also received the athletes at the official residence of the Prime Ministry on Saturday. Yıldırım said, "[Reminding the team that Turkey came 34th in the Paralympics] We have to be ranked in between 10th and 20th. We must not rank below 20. We are in the top 20 in economics. We must also be in the top 20 in sports."