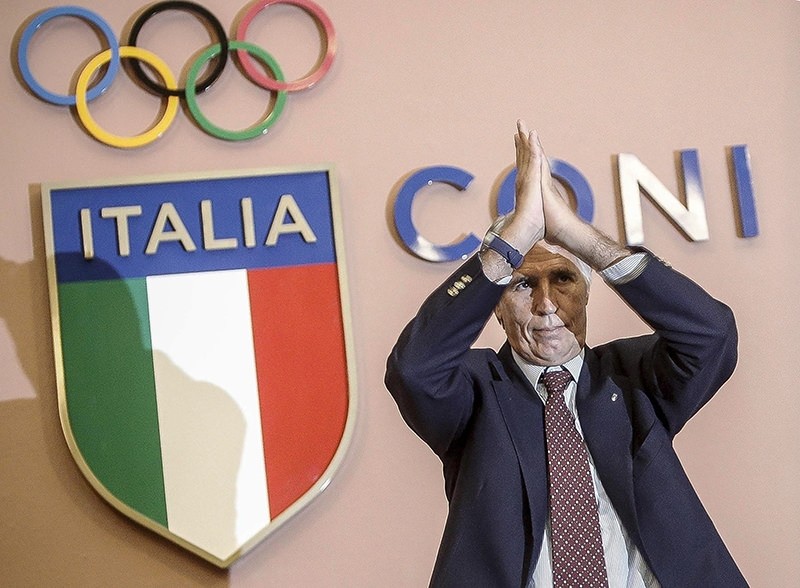 In this Wednesday, Sept. 21, 2016 file photo, CONI (Italian Olympic Committee) President Giovanni Malago' applauds during a press conference at the CONI headquarters in Rome. (AP Photo)
by Oct 11, 2016 12:00 am

"I wrote to the International Olympic Committee (IOC) today to withdraw Rome-2024 from the running," Malago told a specially convened press conference.

Rome's ill-fated bid to host the Games was effectively killed off last month when the city council voted in favour of the new mayor's request to withdraw support.

Nearly two-thirds of councillors backed mayor Virginia Raggi's position that the cash-strapped city needs to sort out its own problems before it is in a position to host the Games.

"I'm forced to interrupt this process eleven months from its conclusion and after three years of work," said Malago.

"It's a pity because our project was a winning project. It's irresponsible to have to give up the IOC money and the 177,000 jobs which would have been created."

Italy's Olympic committee CONI had already accepted that the bid was dead in the water and has said a new attempt to get the Games was unlikely for at least 20 years.

Italy hosted the Summer Olympics once in Rome 1960, and the Winter Games three times - most recently Turin 2006.

Raggi, a member of the populist Five Star Movement, had made it clear before she was elected in June that she did not think the Italian capital should be bidding for the Olympics at a time when its creaking transport system and other public services are falling apart for lack of investment.

Malago said the decision to withdraw the bid was a "very grave renunciation and a great disappointment".

"I always said this bid was a table supported by three legs (CONI, government and local authority). One of those legs gave way, for ideological and demagogic reasons," he said.

"Virginia Raggi has in her hands all the latest opinion polls which show that more and more Romans are favourable towards the Games.

"There is not one single one who gives a different result."

CONI in 2011 also pulled out of a bid to host the 2020 Games because the Prime Minister at the time Mario Monti believed the country did not have the financial means.

"It's now my duty to try and regain international credibility for our sports system," said Malago.

"This is why I've decided to present Milan as a candidate to host the IOC congress in 2019."

The IOC will announce the successful candidate for 2024 Summer Games on September 13 next in Lima.