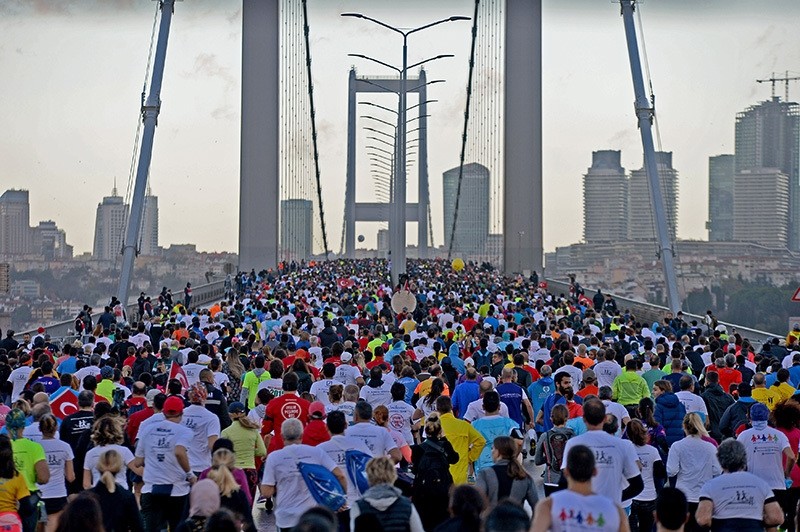 Many main arteries and commercial, touristic hubs in Istanbul will be closed to traffic on Sunday as athletes and Istanbulites will come together in the 38th Vodafone Istanbul Marathon

Hundreds of thousands of people came together in Turkey's biggest city early Sunday to take part in the Istanbul Marathon, the world's only road running race where people can run across the continents from Asia to Europe.

The 38th Vodafone Istanbul Marathon's campaign for this year is: "We are running for the July 15 martyrs." 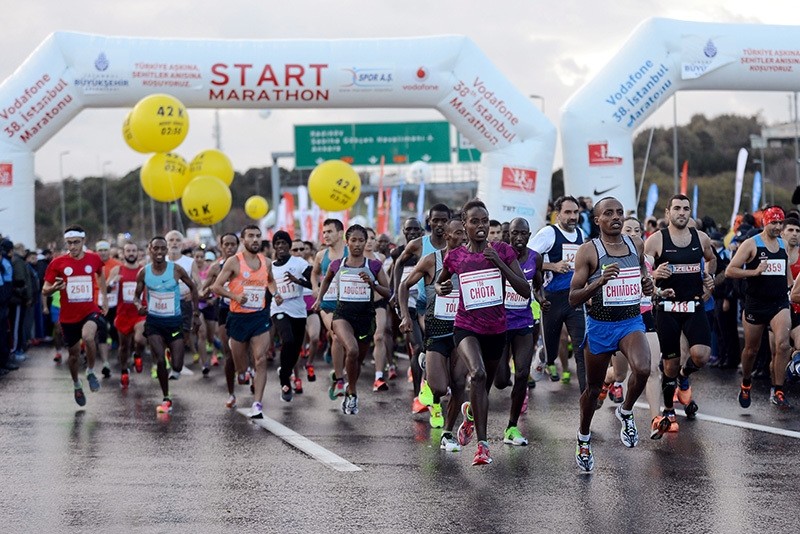 Sunday's marathon is hosting 90 elite athletes, including 28 top Turkish runners, as well as thousands of people who just want to challenge themselves by running 42 kilometers (26 miles).

The Istanbul road race has three categories: a marathon, as well as 15 kilometer and 10 kilometer events.

A free 8 kilometer Heroes Run will see people casually race or just walk along the Bosporus. A race for wheelchair-bound competitors will also be held.

Starting pistols were not used out of respect for the hundreds of martyrs killed in the deadly July coup plot.

The races started on the Asian side of the July 15 Martyrs' Bridge, formerly known as the Bosporus Bridge, and end on the historic peninsula of the European side. 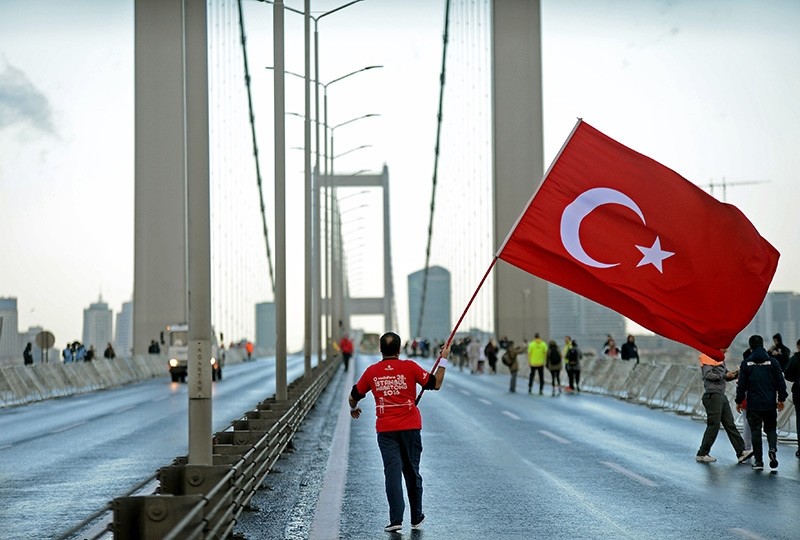 The marathon will end in Sultanahmet Square; the 15km and 10km races will finish in the nearby Eminönü district. The Heroes Run will end in front of the Ottoman-era Dolmabahçe Palace in Beşiktaş district.

Roads on the marathon's route will be closed for traffic starting at 6:00 a.m. and will be opened partially for traffic until 2:30 p.m. Drivers are advised to use alternative routes and public transportation during the marathon.

This year's elite athletes are mostly from Turkey, in addition to Belarus, Eritrea, Ethiopia, South Africa, Kenya, Russia and Ukraine.

In the women's category, Ethiopian athletes Fatuma Sado and Sechale Dalasa; Kenyan Agnes Barsosio and Lithuanian Diana Lobacevske will be among the top runners.

Relatives of the July 15 victims will also cross the bridge with a huge Turkish flag and meet in Zincirlikuyu junction.