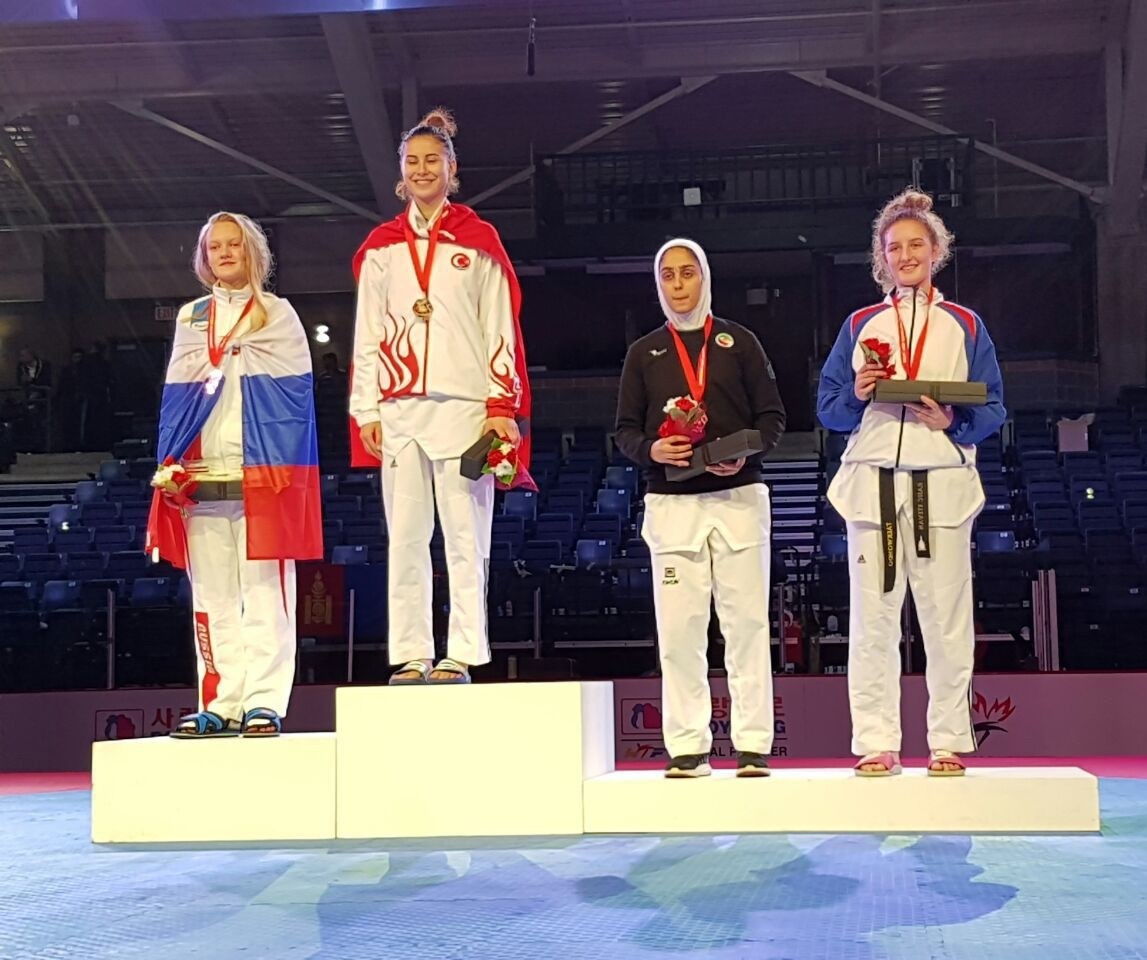 Seyma Nur Sogut took gold in the female under-63 kilograms category on the fourth day of the championships in Burnaby. (AA Photo)
by Anadolu Agency Nov 20, 2016 12:00 am

Şeyma Nur Söğüt took gold in the female under-63 kilograms category on the fourth day of the championships in Burnaby.

Turkey has claimed two gold and five bronze medals in the championships.

On the third day, Hakan Recber took a gold in the men's under-59 kg final. He was congratulated by telegram by President Recep Tayyip Erdogan, the president's office said in a statement.