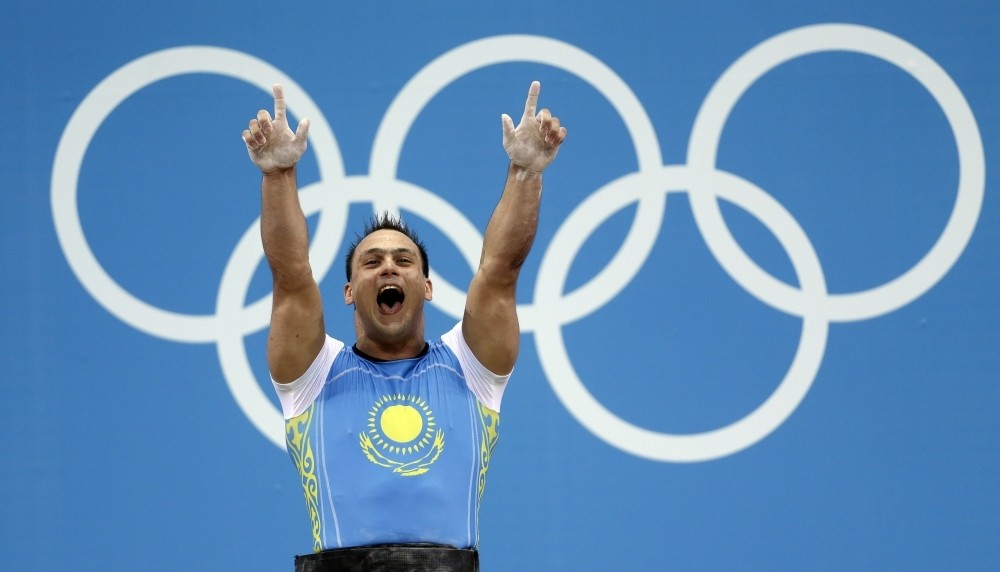 Kazakhstanu2019s Ilya Ilyin, one of the sportu2019s biggest names, has been stripped of the two Olympic gold medals he won in 2008 and 2012.
by Dec 06, 2016 12:00 am
Weightlifting is buckling under the burden of a drug-taking culture that has made it one of the Olympic's most notorious events. The sport that first appeared at the Olympics in 1896 accounted for 48 of the 104 positive tests detected in new analyses on samples from the 2008 Beijing Games and 2012 in London. It could get worse as not all the results of the 1,243 samples have been revealed. Top of the sorry list was Kazakhstan's Ilya Ilyin, a four-time weightlifter of the year who was stripped of his Beijing and London 94kg titles. The London 94kg podium has been devastated by doping. Russia's Alexandr Ivanov has had to hand in his silver medal and Anatoly Ciricu of Moldova his bronze. The doping merry-go-round is now so farcical that Saeid Mohammadpour of Iran, who came fifth, is now in line for gold. The bronze medal could go to Tomasz Zielinksi of Poland who came ninth on the day.

The International Olympic Committee (IOC) is to carry out a review from 2017 of sports that will be included in the 2024 Games. Events at the Rio Games this year, as well as previous Olympics, will be considered.
RELATED TOPICS