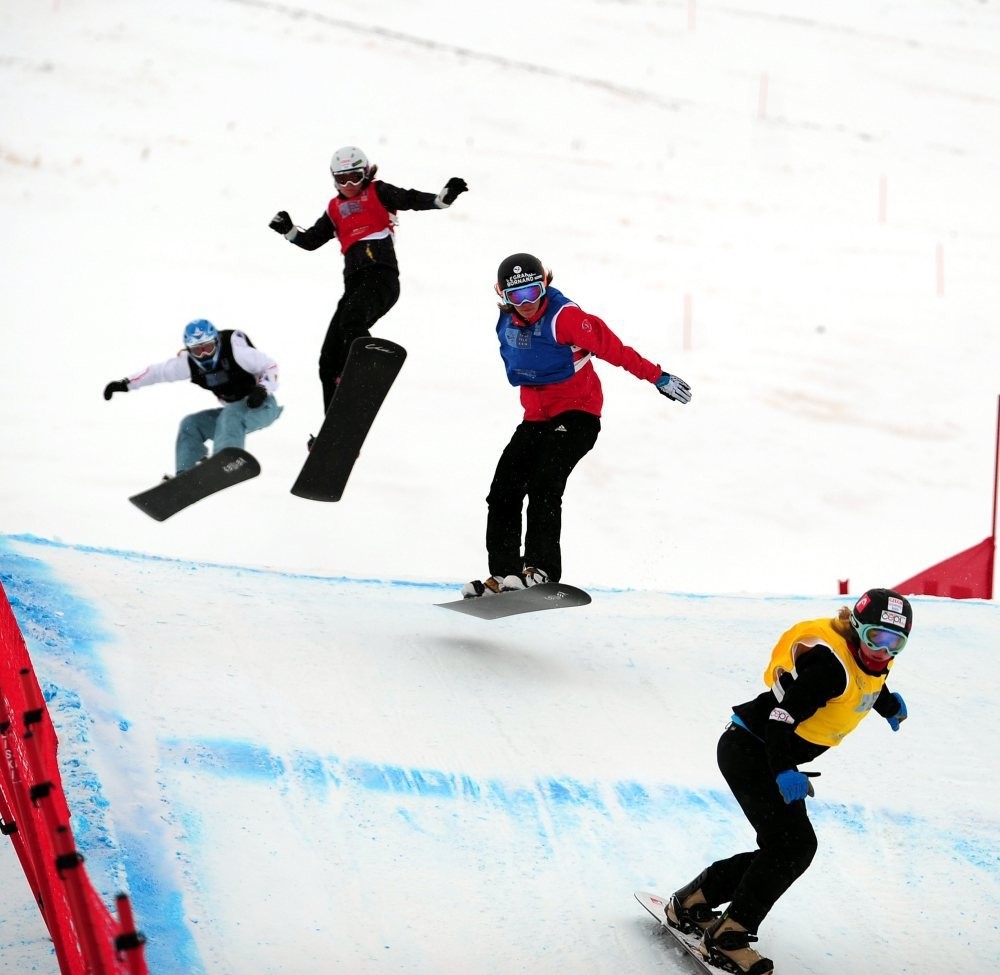 by Daily Sabah Dec 07, 2016 12:00 am
Gathering athletes under 17 years of age from around the world, the European Youth Olympic Festival (EYOF) will take place next year at the eastern Erzurum province's Mt. Palandöken, a well-known ski resort. Scheduled for Feb. 11-18, the week-long event will feature nine different categories including winter sports like Alpine skiing, snowboarding, short track speed skating, ice hockey, curling, figure skating and the biathlon. So far 39 countries have applied for the EYOF, promising to make Erzurum a winter sports hub with more than 1,000 guests including trainers and festival staff.

Snowboarding and freestyle skiing events will be held, attracting amateur and professional sportspeople from Poland to New Zealand. Also hosting the young athletes are the Olympic jumping towers on Kiremitlik Hill, the curling hall, the city's indoor ice skating hall, as well as the ice hockey hall and Palandöken Ski Center. As Turkey's first biathlon and cross-country skiing facility, the Kandilli Ski Center will host cross-country races. A number of other ski centers will also be set up to accommodate the festival participants.

Visiting the sports facilities in Erzurum, Katerina Ncyova of the EYOF said that the preparations for the winter sports festival are continuing at full speed, recalling that Erzurum also hosted the 25th Winter Universiade. "We are expecting more than 40 countries for the festival," she added. The 2011 Summer EYOF was hosted in Turkey's northern Trabzon city and various sports facilities were constructed for the event.

The European Youth Olympic Festival is the top multi-sport event for young European athletes between the ages of 14 and 18. There is both a winter and summer edition, which take place in two-year cycles, in odd-numbered years. The EYOF is organised on behalf of the European Olympic Committees (EOC), which has the exclusive rights to the event. The events are held under the patronage of the International Olympic Committee.
RELATED TOPICS