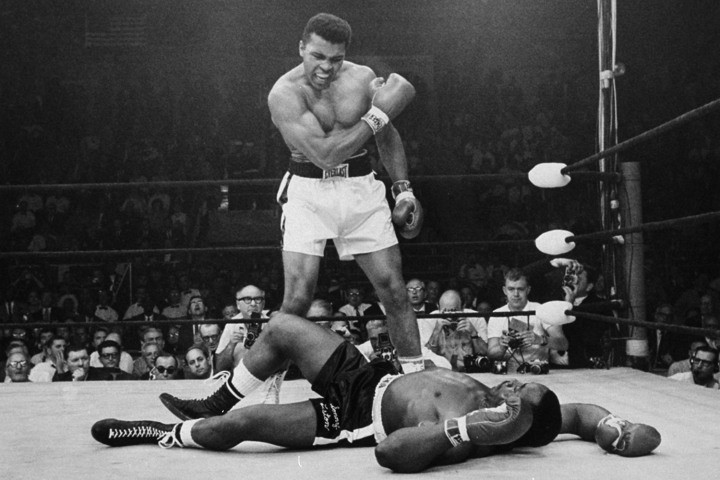 Cleveland Cavaliers star LeBron James will be the executive producer of a documentary on Muhammad Ali, who died earlier this year. The as-yet-untitled film will combine archival footage with cinematic recreations to tell Ali's story

King James is set to tell the story of The Greatest. Cleveland Cavaliers star LeBron James will be the executive producer of an HBO documentary on Muhammad Ali, who died earlier this year. The as-yet-untitled film will be directed by Antoine Fuqua, who also helmed the boxing drama "Southpaw" and "Training Day." Fuqua will also produce.

James has been a longtime admirer of Ali, the boxing great and social activist. James recently pledged a $2.5 donation to a new exhibit on Ali at the Smithsonian Institution.

"It's tough to put into words how much it means to me to be a part of this project honoring the legacy and telling the extremely important story of the great Muhammad Ali," he said. "He transcended sports and used his platform to empower people, which paved the way for all athletes and people of every race and gender that came after him, myself included. It's important that his story continues for generations to come."

James' SpringHill Entertainment, which he co-founded with business partner and close friend Maverick Carter, will produce the multipart film. HBO says the documentary will "explore Ali's greatest triumphs and comebacks, painting an intimate portrait of a man who, against all odds, dreamed and achieved the impossible, over and over again."

Ali's family is also participating in the project, and his widow, Lonnie Ali, was excited about James' involvement.

"This documentary will have national and global appeal," she said. "I'm hopeful this documentary will engage the audience in a similar way Muhammad engaged his audience and fans. Without a doubt, Muhammad's life journey provides simple yet extraordinary lessons for all of us, with perhaps the most important one being, to see and embrace the humanity in all people."

Ali, a beloved icon of the 20th century whose career transcended his sport, died in June at the age of 74. Muhammad Ali's Black Power activism may not fit neatly into the outpouring of grief, respect and reflection after his death. But its one of the most crucial and enduring parts of

a legacy that shaped the world. By the late 1960s, Ali's unforgiveable blackness helped him emerge as a transcendent and global figure of black liberation. He became more "black" than James Brown, the godfather of soul, who shouted to the world that he was "proud" to be black. He possessed more charisma than his friend Stokely Carmichael, who tutored the heavyweight champion on the nuances of his own groundbreaking anti-war activism. He proved more accessible than Nation of Islam leader Elijah Muhammad, who gave Ali his name as part of a successful effort to pry the young champion from the grips of his most important mentor, Malcolm X. Muhammad Ali and Malcolm X were, like the title of the recent electrifying history of their friendship, "Blood Brothers," whose shared reputations as trouble-makers hid profound intellectual energies and supple understanding of politics.

Ali became the most visible symbol of Black Power's radical critique of American imperialism, structural racism and white supremacy. Like the early Malcolm X, he used the Nation of Islam's belief in racial separatism as a shield against the political violence associated with efforts at racial integration. He wielded black history as a sword against white claims of racial inferiority.
RELATED TOPICS