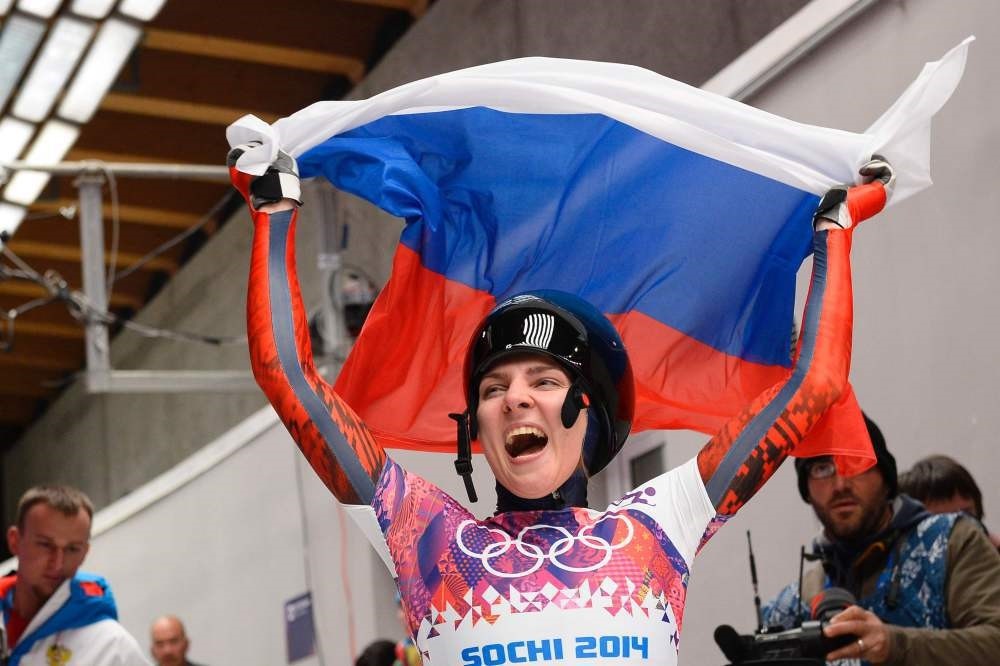 The International Bobsleigh and Skeleton Federation suspended four Russian competitors on Dec 30, 2016 including Elena Nikitina.
by French Press Agency - AFP
Jan 05, 2017 12:00 am
The world athletics body, International Association of Athletics Federations (IAAF) on Tuesday said it has been sent the names of some 200 Russians by international doping investigators who will be checked if they apply to compete as neutral competitors this year.

The IAAF said it had been given the names by investigators working for Canadian lawyer Richard McLaren, who has alleged there was a "state-sponsored" doping program in Russia. As the list of names emerged, IAAF president Sebastian Coe decried a system which he said had "let down" Russian athletes. Russia has been suspended from international competition since 2015 and the IAAF said it had sent new criteria to the Russian federation for athletes to take part in international competition as neutrals. Taking part as neutrals may be the only way for Russians to take part in the world athletics championships in London this August."One of the criteria requires athletes to show they are not directly implicated in any way [knowingly or unknowingly] by their national federation's (RUSAF) failure to put in place adequate systems to protect and promote clean athletes," said an IAAF statement.

"The IAAF has been forwarded around 200 names of Russian athletes by the McLaren investigation team and it will assess the evidence and intelligence from the McLaren report and elsewhere in respect of any athlete who applies for neutral athlete status under the guidelines," it added.

Other criteria will include "whether any coach, doctor or other support person with whom the applicant has worked has ever been implicated in the commission of any anti-doping rule violation."

Athletics authorities will also look at how many doping samples have been given by the athlete and the circumstances in which they were given. More than 110 Russians were barred from taking part in the Rio Olympics last August because of the doping scandal. In his latest report, released in December, McLaren said that almost 1,000 Russians were involved in the doping system organized by the Russian Sports Ministry. The Russian government, however, has denied any involvement in doping.
Last Update: Jan 05, 2017 1:12 am