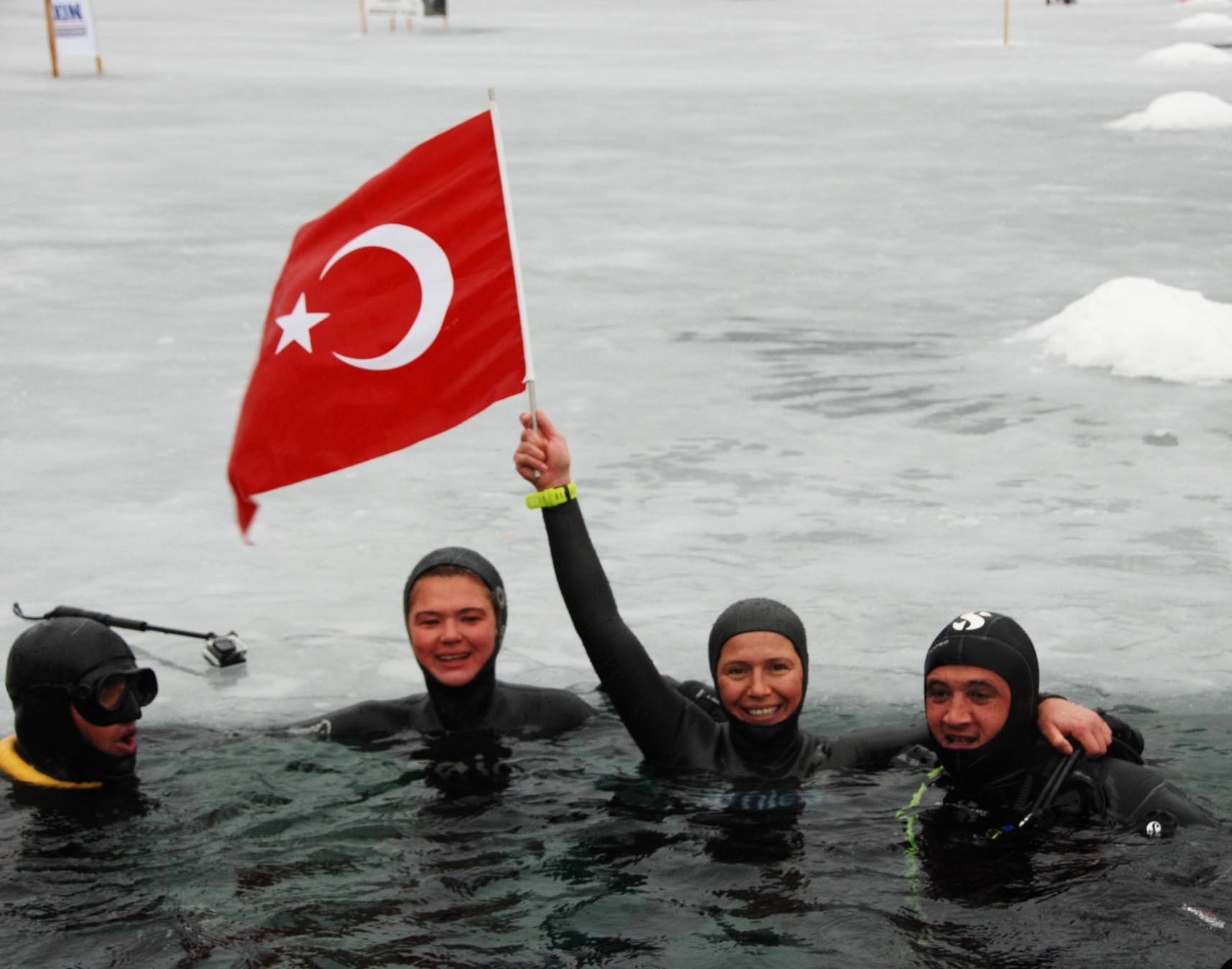 Turkish Derya Can set a new Guinness World Record for the longest freedive under ice on Friday by diving 120 meters horizontally under the frozen surface of Weissensee lake in Austria.

With her dive, Can shattered French Aurore Asso's record of 112,3 meters and celebrated her success with a Turkish flag.

Completing her freedive in just 1 minute and 47 seconds under a 35 cm-thick sheet of ice, Can was accompanied by her husband Tayfun Göçen, coach Adnan Yanbay and a team of safety divers. Notary Josef Trampitsch was invited to verify the record.

Can had broken her last record back in December, by performing a 111-meter dive in the variable weight with fins category in Kaş, Antalya. With that dive she surpassed another Turkish female free diver Şahika Ercümen's record of 110 meters. Derya had dedicated her record-breaking dive to those who were killed in a terror attack in Kayseri on the same day, Dec. 17.

She had also borken the world record in the variable weight apnea without fins category, by reaching a depth of 94 meters off the coast of Kaş.