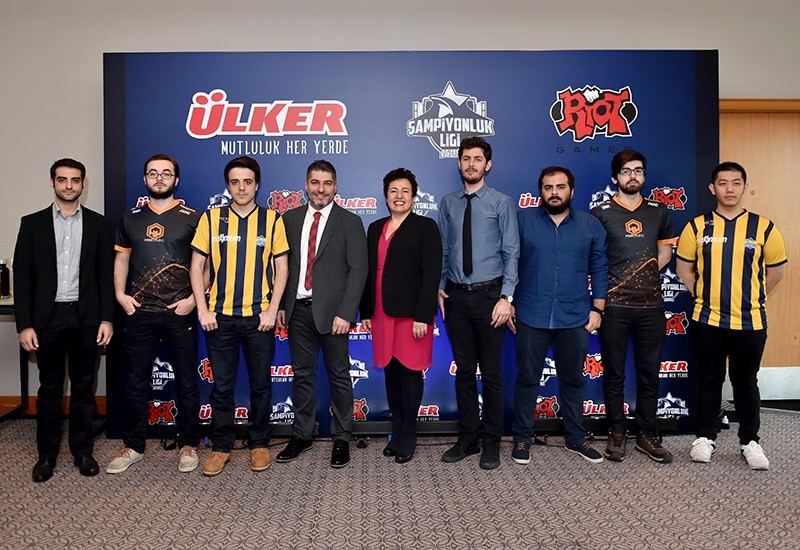 With the world's top online game League of Legends becoming ever more popular in Turkey, Turkish food giant Ülker has announced that it will sponsor the Turkish "Championship League".

Ülker had introduced itself to the world of e-sports by supporting a League of Legends team last year but this year will broaden its activities in this sector by becoming the sponsor of the first professional eSports league of Turkey. All players are to wear the Ülker logo on their uniforms.

During a joint press conference with Riot Games, the official organizer of "League of Legends Turkey" and Ülker's vice sales manager for Turkey, the Middle East, North Africa and Middle Asia Başak Karaca explained that they had started their activities in the area of e-sports with a campaign called aiming for a target audience of young adults. She said that they had been the first to make a TV advertisement in the field of eSports, and that during the first six months of their newly opened Youtube channel they had managed to build up an audience of more than 110,000 subscribers.

League of Legends is a virtual strategy game and is categorized as an eSports game.

Bora Koçyiğit, the director of Riot Games Turkey, explained that the game had spread to different parts of the world in a very short time, with professional leagues being set up in America, Europe, Korea, China and Southeast Asia. He said that League of Legends is now being followed by millions of eSports fans and that the situation in Turkey is developing in a similar fashion. The Turkish finals of 2014, 2015 and 2016 were held in the Ülker Sports Arena in Istanbul, drawing an audience of more than 12,000.

Following the establishment of the Championship League, Turkey's first professional eSports league, all professional players are being licensed by the Turkish Ministry for Youth and Sports, Koçyiğit explained.

He added that large Turkish sports clubs such as Beşiktaş, Galatasaray and Fenerbahçe have also established their own eSports teams. Izmir club Karşıyaka also established its e-sports division in Jan. 2017.

Played by more than 100 million players worldwide, League of Legends has some three million active players in Turkey within the age range of 14 to 28.

It is known that there are about 30 million online game players in Turkey alone and the market value is expected to rise to $500 million.