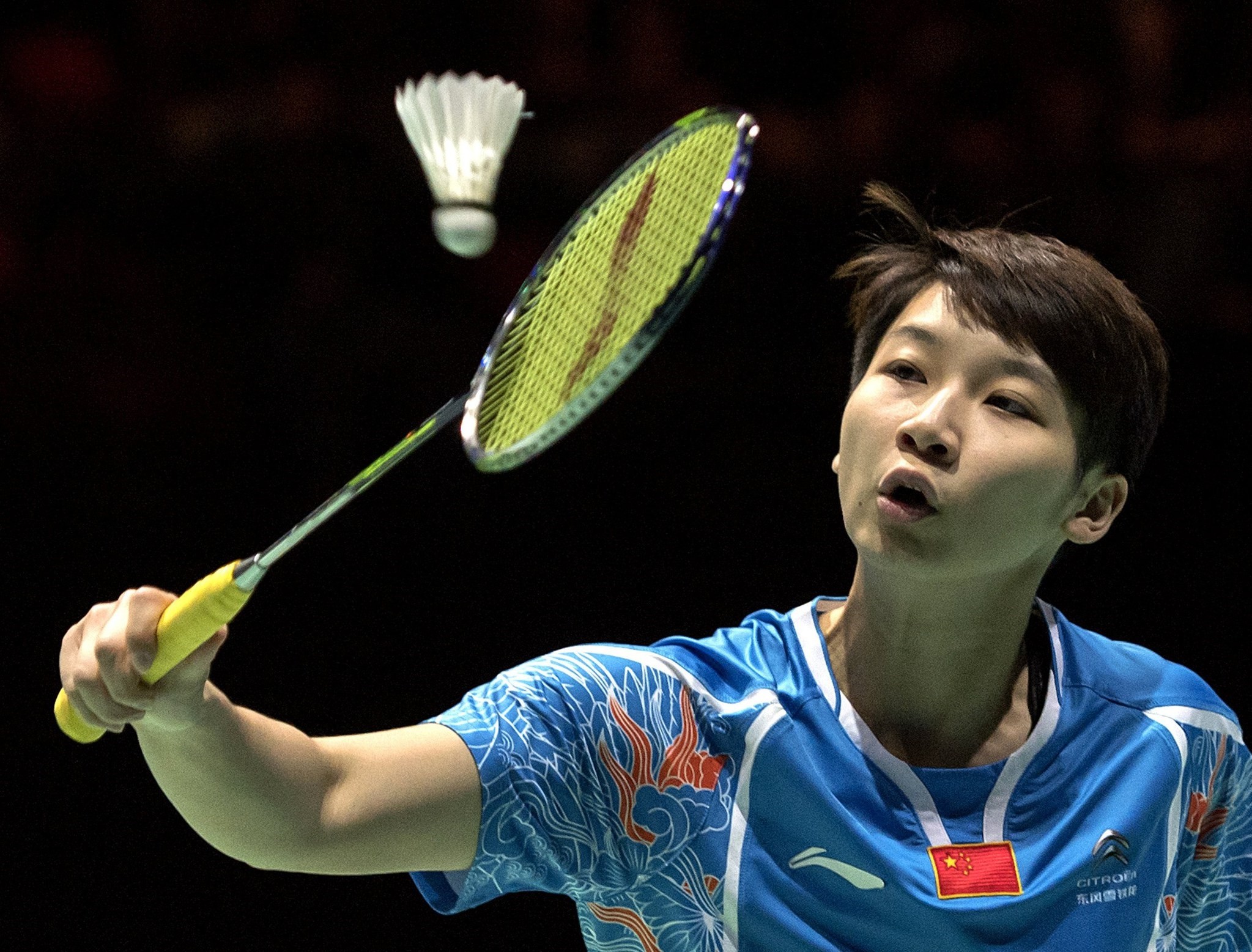 Chinau2019s Chen Xiaoxin returns a shuttlecock to Chinau2019s Chen Yufei during their womenu2019s singles final match at the Badminton Swiss Open tournament in the St. Jakobshalle in Basel, Switzerland.
by French Press Agency - AFP
Mar 20, 2017 12:00 am
The Badminton World Federation (BWF) yesterday announced a new tournament structure, with increased prize money, as it looks to raise the sport's profile and ramp up revenues. The new tour series, which features six levels, will kick off next year and run until 2021, with at least a million dollars in prize money up for grabs in each of its top four events.

Federation President Poul-Erik Hoyer announced the changes following a BWF council meeting in Kuala Lumpur, saying, "The time is right for badminton to soar even higher." He added, "Our key goals are to showcase our sport at a high level of presentation and competitiveness, to increase television coverage for the sport and to increase the star quality and popularity of the top players globally."

The tour will involve an estimated total of 37 events, including Level 6, which will be an open category where BWF member associations can apply for sanctioning. The sport has struggled to gain visibility in recent years, losing out to more glamorous rivals such as NBA basketball, football and tennis. An ill-advised push to "sex up" the sport's image saw the BWF ask women players to wear skirts, a proposal that was finally shelved in 2012 following howls of protest. New scoring, new advertising and even new shuttlecocks and court colors have also been considered as badminton looks to shed its staid image and stand out in the digital age.