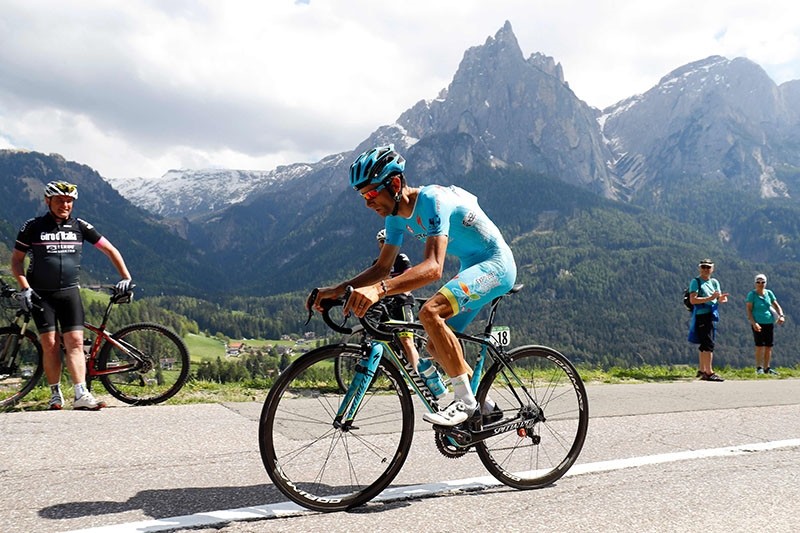 Michele Scarponi, the 2011 Giro d'Italia champion, has been killed in a road accident after being hit by a van while training close to his home in Filottrano, his Astana team said on Saturday.

Scarponi, 37, left home early on Saturday morning for a training ride where the accident occurred at a crossroads.

"This is a tragedy too big to be written," Astana said in a statement.

"We left a great champion and a special guy, always smiling in every situation, he was... a landmark for everyone in the Astana Pro Team."

Scarponi, who completed the Tour of the Alps on Friday, after winning a stage and finishing fourth overall, is survived by his wife and two children.

Scarponi, who started his professional career in 2002, got his best results in Italian races, winning three stages on the Giro before being handed the 2011 title after Alberto Contador was stripped of his victory because of a retroactive doping ban.

He also had good results in the one-day races, finishing fourth on the Liege-Bastogne-Liege classic in 2003.

Scarponi was suspended for 18 months after being implicated in the Operation Puerto blood doping scandal in 2006.

After he returned from suspension, he won the Tirreno-Adriatico in 2009 and the Tour of Catalonia in 2011.

"We will miss this guy in the peleton, always with a smile," Olympic champion Greg van Avermaet wrote on Twitter.