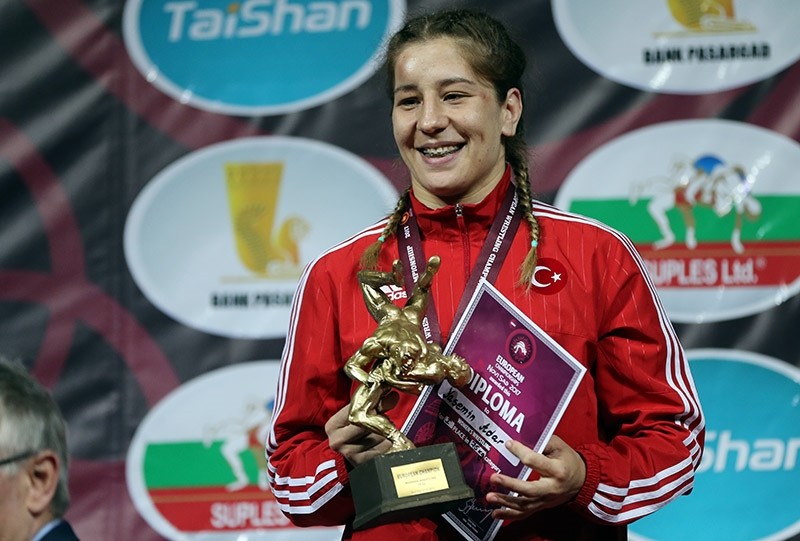 Turkish female wrestler Yasemin Adar has claimed a gold medal at the 2017 European Wrestling Championship held in Serbia's Novi Sad, after defeating her Hungarian rival in the final held on the third day of the event.

Adar won the women's 75-kg division for the second year in a row Thursday with a technical superiority of 10-0 against Hungary's Zsanett Nemeth, who is the U-23 European champion.

Last year, Adar became the first Turkish woman wrestler to win a gold medal at the European Wrestling Championship, which was held in Latvia.

The sportswoman defeated Belorussian Vasilisa Marzaliuk in the preliminary round and won the quarterfinal with a score of 10-0 against Russian wrestler Alena Starodubtseva.

In the semi-final, Adar enjoyed a narrow 5-4 victory against her Estonian rival Epp Mae.

President Recep Tayyip Erdoğan and his wife Emine Erdoğan personally called Adar to congratulate her on her victory.