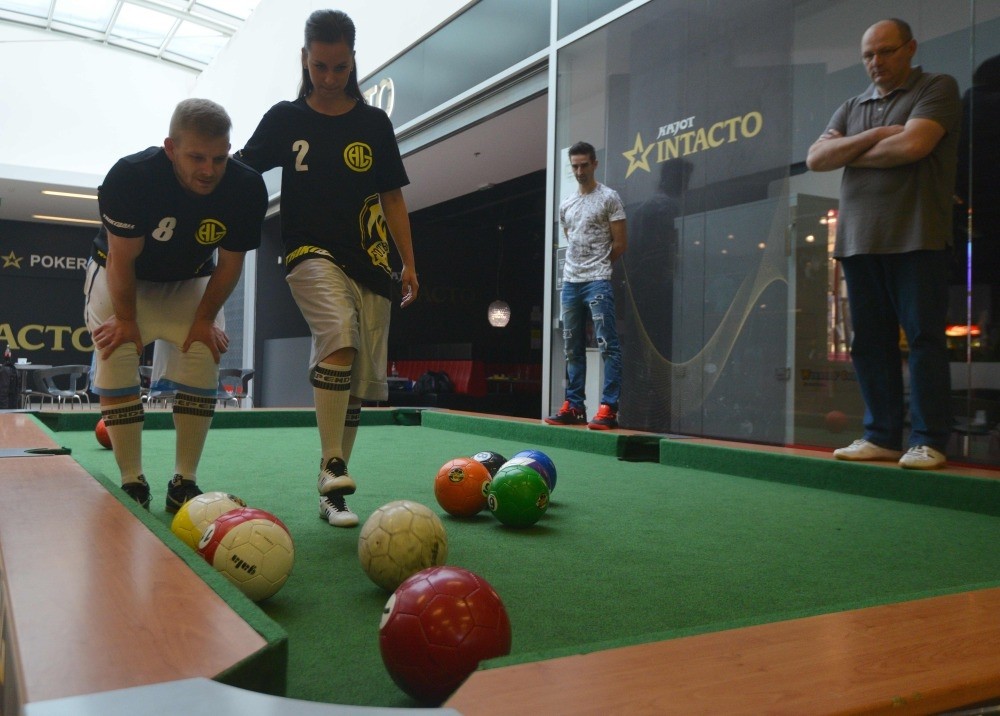 by May 04, 2017 12:00 am
A dark-haired girl kicks a white football gently towards a black eight ball, then wrings her hands in despair as she fails to sink it in the corner pocket for a win. Katerina Ziegelova, a 26-year-old clerk, is one of the pioneers of footballpool, the latest addition to the hybrid sports family. The Czech footballpool league has just kicked off in Prague, after the sport made its debut world championships in the Czech capital in February.

A combination of football and pool, the sport uses inflatable footballs - white, solids and stripes like in pool - and a playground with six corner and side pockets, proportionately larger than the regular pool table. No cues are needed as the players kick the white ball, walking on the pitch. "I saw a video on Youtube where two Americans played the game in a garden, drinking beer and doing a barbecue," the wiry 28-year-old futsal defender told AFP. "So we designed the table, set up a footballpool association and started calling it a sport," he said, adding this was the first such competition in the world.

Footballpool pits two teams with two players against each other, with each player taking on each opponent in two matches.
Last Update: May 04, 2017 1:56 am
RELATED TOPICS