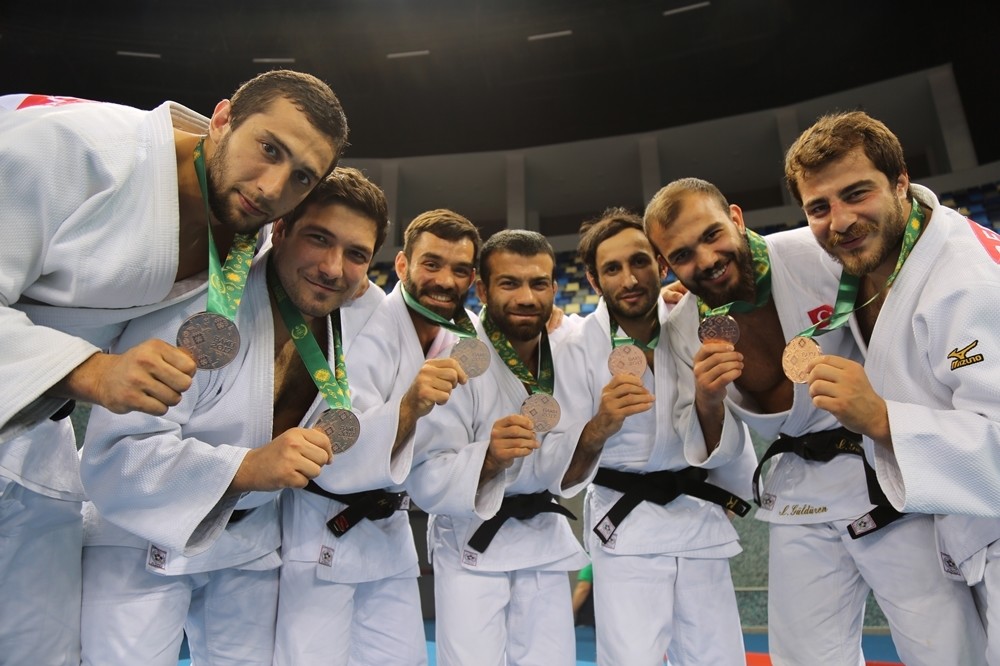 Accumulating 92 medals on the third day of the 4th Islamic Solidarity Games in the Azerbaijani capital of Baku on Monday, Turkey is looking forward to more wins in the tournament that will run until May 22.

Still, Turkish Sports and Youth Minister Akif Çağatay Kılıç, who was in Baku to watch the games, lamented the low interest.

"Azerbaijan took the games to another level and the event is no different than an international Olympics event. I believe the interest would be higher once Turkey hosts it in 2021," Kılıç told journalists.

The Islamic Solidarity Games was first held in Saudi Arabia in 2005 with 6,000 athletes from 55 nations competing in 15 different sports categories.

Ekaterina Avramova, a Bulgarian-born Turkish swimmer who won gold in the Islamic Solidarity Games, says she was happy to take part in the event and praised the water sports facilities at the venue.

Speaking to Anadolu Agency, Avramova said the medal was result of hard work she and others did in Turkey to make swimming more popular in Turkey.

"We have young swimmers here and they improve themselves every day. We are now concentrated on the Tokyo 2020 Olympics," she said, hoping to make it to finals in 2020 where she will compete in backstroke swimming category.

Halime Zülal Zeren won two silver medals in the backstroke and said she was confident that Turkey would collect most gold in swimming.

"We have a big team here and everyone is very supportive of each other. We are better this year than ever before," she said.

Zeren had only one month to prepare after she sustained an injury in February.

"I was not ready physically, but I still managed to win," she boasted.