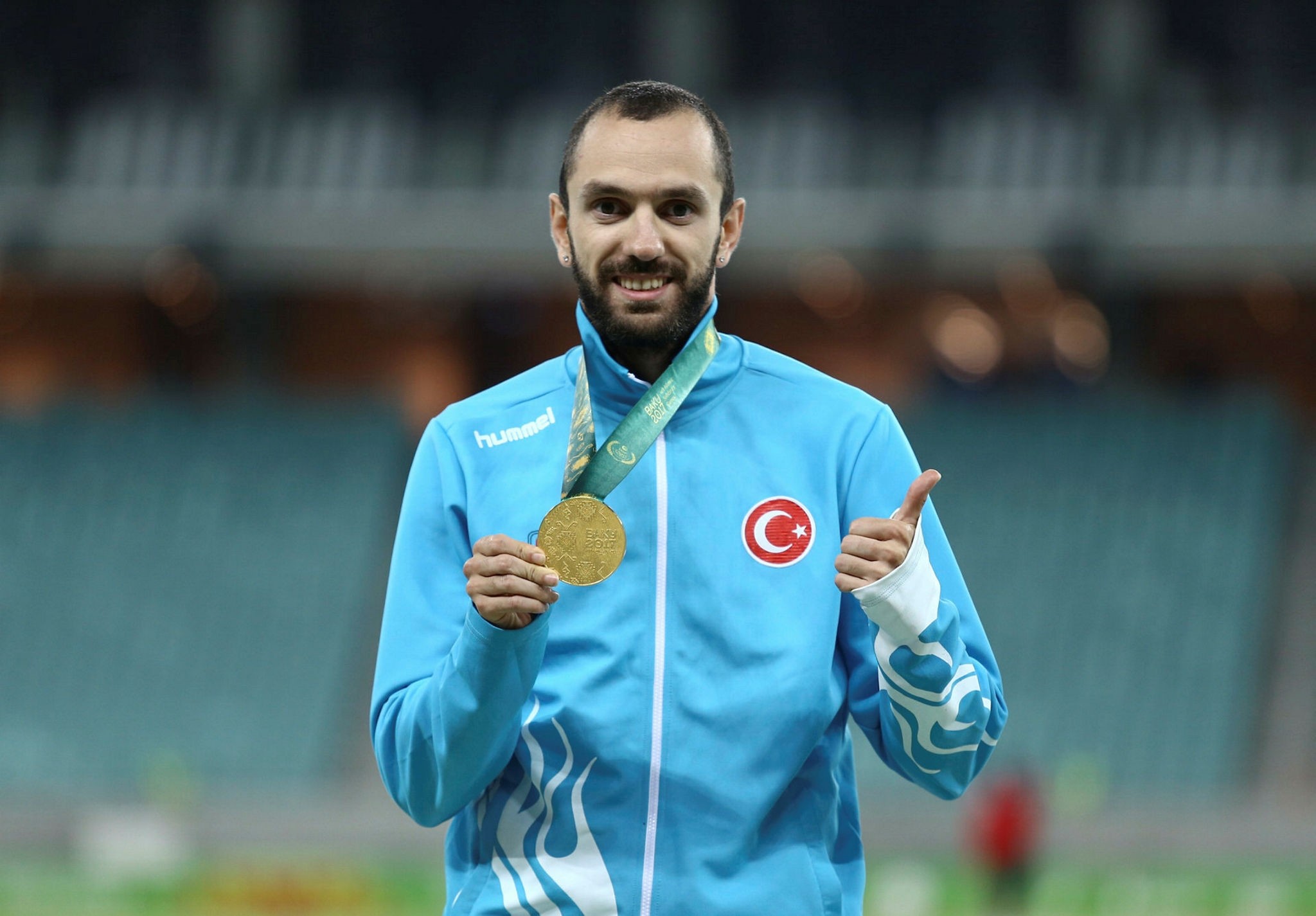 Turkish athletes are shining at the fourth edition of Islamic Solidarity Games held in the Azerbaijani capital of Baku. The country so far garnered 60 gold medals, reaching the top of the list of medal-winning countries. As of Friday, its athletes have won a total of 155 medals, surpassing the host country.

The games, that bring together 6,000 athletes from 58 countries, also gave one athlete the chance to break her own record and a European record as well. Twenty year old Eda Tuğsuz, a javelin thrower, threw 67.21 meters on Thursday breaking the European U-23 record and national record, snatching the record from previous record holder Maria Andrejczyk of Poland who scored 67.11 meters last year. Naturally, it brought her a gold medal and praises from Turkish President Recep Tayyip Erdoğan. Tuğsuz had reached third place last year in world standing in her own category and broke the national record last year as well, at 56.90 meters, only to top it with 64.30 meters last month.

Osman Yıldırım boasts a gold medal in Greco-Roman wrestling in the 130-kilogram category and shows how Turkey helps athletes from other countries too. Speaking to Anadolu Agency (AA), Yıldırım said they were glad to help "brothers and sisters from other countries" who lack proper uniforms and sports massage experts. "They come to our place asking for help and it makes us happy to help them," he said.

The wrestler says solidarity in the title of the event is really felt during the games. "We get acquainted with athletes from Muslim countries and this is good. We have seen some athletes from those countries lack uniforms and sports massage experts and whenever they need something, they visit us. They see us as a helping hand and we do our best to help them. This is true solidarity," he said.

In taekwondo, each of the female athletes representing Turkey managed to win medals. Eight women reached the finals in seven out of eight weight categories, bringing five gold medals while others garnered two silver and one bronze medal.