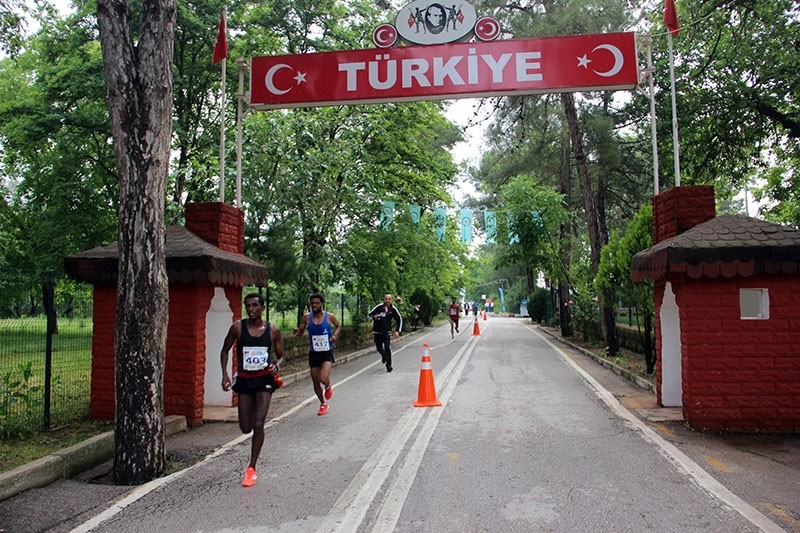 Their relations have long been marked with hostilities but Turkey and Greece recently saw an emergence of warming ties, an encouraging move for people from both countries that share a common history.

A half marathon that started in Turkey's Edirne and ended in Greece's Kastanies was the latest sign of improving relations between the countries. In a rare gesture, Greece did not ask for Schengen visas, normally required for any traveler entering the country from Turkey, and 507 athletes dashed their way from the border city of Edirne to Kastanies during the 21-kilometer run.

The annual half marathon, held for the third time this year, is the brainchild of Turkish-Bulgarian-Greek Friendship Association (TUYUB), a local non-profit organization working for better cultural interaction between the three countries that share borders. 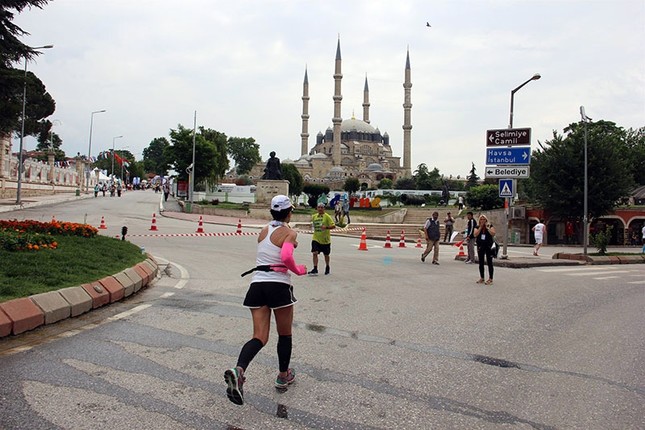 The race was endorsed by the Edirne Governorate and the Turkish Ministry of Youth and Sports. After a brief concert to warm up the runners, the marathon started in front of the Selimiye Mosque, the masterpiece of renowned 16th century architect Sinan, and landmark of the northwestern city of Edirne, which was a former Ottoman Empire capital. The athletes then crossed the Maritsa River into the Karaağaç district using another Ottoman-era landmark, the 18th century Mecidiye Bridge. 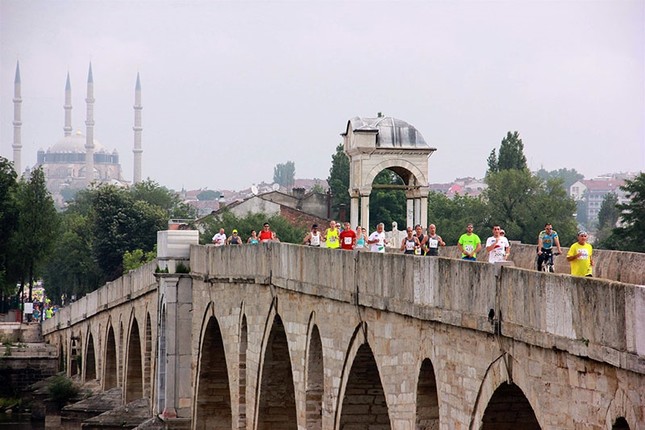 In a rare example of relaxed security, Turkish and Greek customs officers did not perform visa and passport checks during athletes' crossing into Greece from the Pazarbaşı Border Gate. Runners ran through the crossing under the watchful eyes of soldiers guarding both sides. After a brief tour in the Greek town, they returned to the starting point in front of Selimiye Mosque to complete the run.

Competitors ran a symbolic 1-kilometer part of the semi-marathon inside Greek territory up to the town of Kastanies, and returned to the starting point by using the same route. 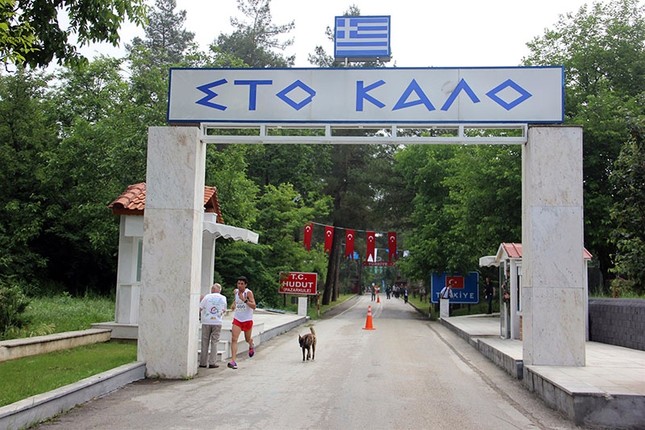 With a performance of 1 hour, 6 minutes and 12 seconds in men's category, Sulti Gare Timbre of Ethiopia finished first although he said he was overwhelmed with hot weather. Timbre was followed by his compatriot Geteye Gelaw (1h 07m 43s) and Nuri Kömür from Turkey (1h 07m 56s).

"I wouldn't care if I didn't win. It was about friendship. Every runner supported each other and we saw people cheering for us along the route into Greece. This is the first time I participated and I was really happy with the atmosphere here," Batur said.

Meanwhile, Turkish runners Hüseyin Burgaz and Bilal Gün stood out among the competitors as they ran the entire course in suits, complete with ties patterned with the Turkish flag.

"We tried to show people that it does not matter what you wear as long as you decide to run," Burgaz said.

Although Turkey and Greece share a common cultural heritage, the two countries' relations have been lukewarm at its best since Greece's invasion of western Turkey that ended only after Turkey's War of Independence in the 1920s.

Apart from dispute over sovereignty in the Aegean Sea dividing the two neighbors, Turks and Greeks also disagree on the origin of the baklava dessert and stuffed vegetable dish dolma, which both claim ownership to, as well as the origin of a canine breed peculiar to Turkey.

Turkey and Greece have always been on the brink of war with the warplanes of the two armies often engaging in dog fights over the Aegean Sea but the relations, on a state level, largely improved since the election of Alexis Tsipras as prime minister in 2015.

Still, Turkey is critical of Greece, especially for harboring Turkish terror suspects and their refusal to extradite Turkish soldiers who escaped to their after taking part in a failed coup attempt last year.

Rasim Arı, the head of Sports Services Department of Turkey's Ministry of Youth and Sports, stated that they aim to introduce the organization to the whole world, saying that the marathon could be organized as a festival in upcoming years.