Turkey makes mark on chess world over past 4 years 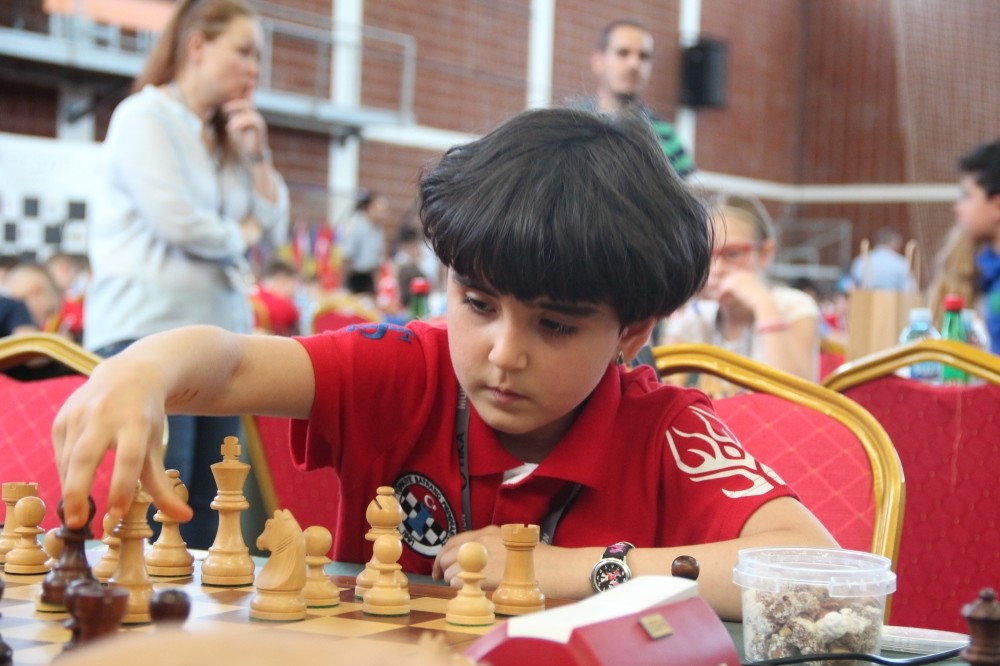 Nazlu0131 Demir, 7, a student from Mardin TOKu0130 Primary School, said she began to play chess when President Tayyip Erdou011fan came to Mardin and presented her with a chess set two years ago.
by daily sabah Jun 20, 2017 12:00 am

Turkey Chess Federation Chairman Gülkız Tülay said Turkish competitors won three titles in the European Schools Chess Championship over the last four years. Tülay told Anadolu Agency (AA): "We are good so far this year. Our expectations are high. Turkey has been making a mark in the chess world."

Tülay said that Turkish players won 52 medals at international competitions last year and they are aiming to get 50 medals this year. About the European Schools Chess Championship, which is being held in Budva in Karadağ, Tülay said that 341 players from 23 countries have been competing in the tournament, which ends today. Children aged seven to 17 are competing in the tournament. Nazlı Demir, 7, a student from Mardin TOKİ Primary School, said she began to play chess when President Tayyip Erdoğan came to Mardin and presented her with a chess set two years ago. Demir said: "After that, my uncle taught me to play chess. I have competed in 12 tournaments, and if I get a medal I will take it to the president like I promised him."