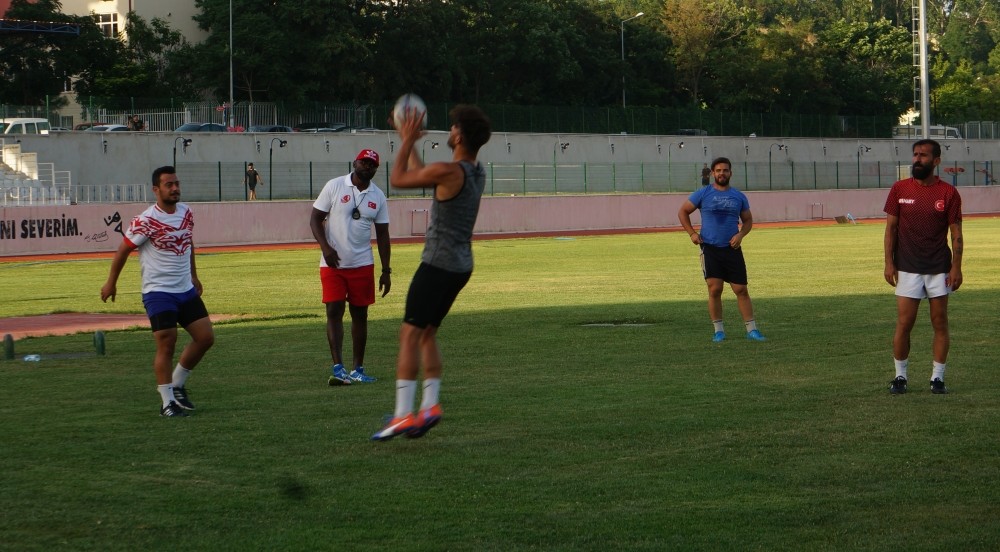 Turkish rugby nationals completed their final preparations in Edirne.
by Daily Sabah with AA Jul 01, 2017 12:00 am

With rugby not that popular in Turkey, the national team will try to attract much needed attention to the sport as they enter their first important international tournament on Saturday, the Men's Sevens Conferences held by the European Rugby Union in Bulgaria.

After completing their final preparations in Edirne, Turkey coach Cherokee Sylvain Ngue made a statement to Anadolu Agency, saying, "Turkey is in the same group with Montenegro, Serbia and Hungary. We are on the same level with our rivals. Although Turkey is new in the rugby sport we are improving every passing day. We had a good training period. I believe we will attain success. The tournament in Bulgaria is very important for the World Cup."

To start off the tournament, Turkey will take on Hungary on Saturday. The Turkey national rugby union team is a relatively recent making, starting at the end of 2009. Turkey is currently a third-tier side. The team first played in 2012 against Slovakia and won 31-5 in Bratislava. On tour, they also defeated Estonia 49-5 in Tallinn.

Turkey has yet to play in the qualifying stages for the Rugby World Cup finals.

Some of the earliest rugby games in Turkey were played by Anzacs and British troops in the Dardanelles Campaign in World War I. The eight "old" Rugby clubs in Turkey are the Istanbul Ottomans, Metu Rugby, Kadıköy, Girne Pumas, Saint Benoit, Saint Joseph Istanbul, Saint Joseph İzmir, IRC and Koç School.