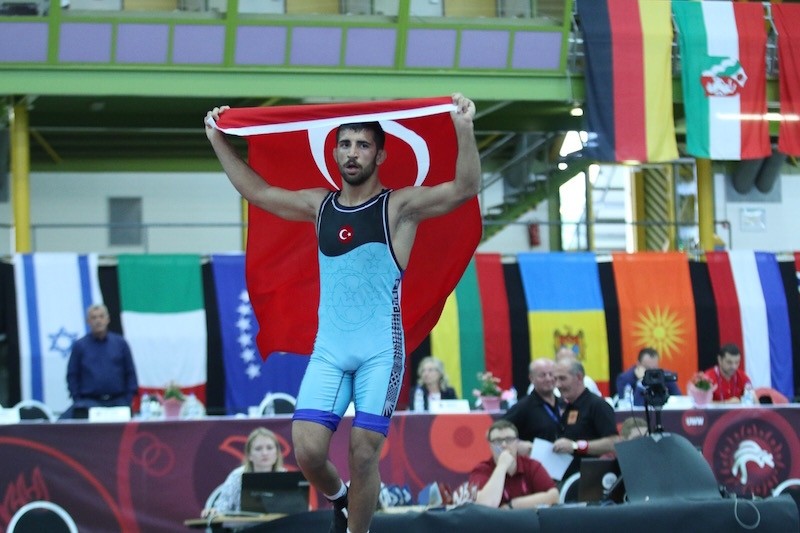 Kerem Kamal of Turkey beat his Russian opponent to win gold at the European Junior Wrestling Championship in Dortmund, Germany.

Kamal defeated Emin Narimanovitch Sefershaev 5-3 in the final bout of the 55 kilogram class, helping Turkey to rank third out of 38 European countries competing in the tournament, which ended yesterday.

Doğukan Kuru, 84 kilograms, placed fifth in Europe after he was defeated by his Finnish rival Tony Heikki Herman Metsomaeki in the third place match in his class. Yakup Yerlikaya, 120 kilograms, also came in fifth after losing against Romania's Lenard Istvan Berei in the bout for third.