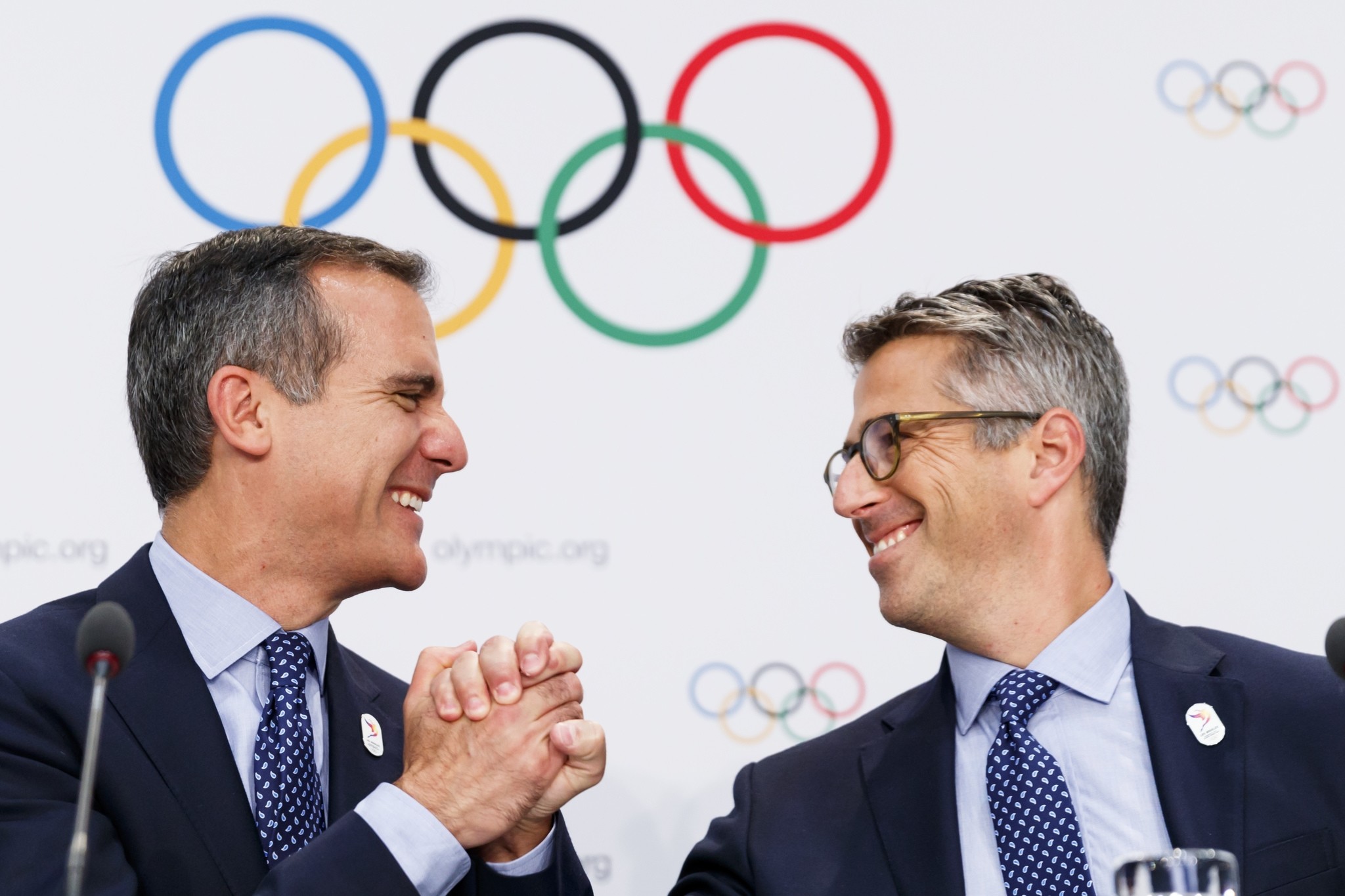 The IOC has decided it can pick both Los Angeles and Paris as Olympic host cities in September when the 2024 and 2028 Summer Games rights should be awarded simultaneously.

International Olympic Committee members have voted to seek a consensus three-way deal between the two bid cities and the IOC executive board.

If a deal falls through, only 2024 will be voted on in Lima.

The IOC approved the expected double award Tuesday after hearing both cities present their 2024 hosting plan.

City mayors Eric Garcetti of LA and Anne Hidalgo of Paris emerged on stage holding hands to acclaim the decision.

The agreement should emerge before the IOC confirms the order when it next meets on Sept. 13 in Lima, Peru.

Paris is widely seen as favorite for 2024.