German photographer captures his passion for wrestling in Turkey 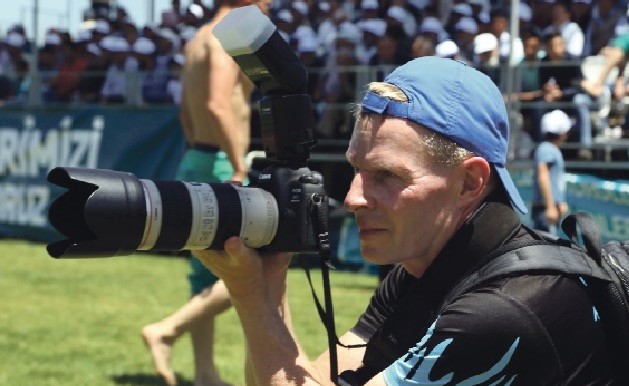 German photographer Axel Würz, an avid follower of wrestling, visited Kırkpınar in northwestern Turkey's Edirne nine years ago and has since settled in Istanbul to continue following the sport across Turkey.

It all started when he first attended the traditional Kırkpınar Oil Wrestling Festival. He fell in love with the sport and applied for a Turkish residence permit. Now, he follows wrestling in different cities around the country.

Würz said he has been interested in wrestling since an early age, but did not have the opportunity to practice the sport for long. Instead, he has traveled to more than 20 cities in Turkey, with his backpack and camera, to photograph the sport.

Speaking to Anadolu Agency (AA) Würz said, he had taken up the sport at an early age but could not continue. He later learned about Turkey's wrestling tradition and visited the country.

"The first tournament I went to was the Kırkpınar Oil Wrestling Festival back in 2004. Now, I try to follow games in 20 cities and photograph the events, as much as I can. I believe there are some master wrestlers in Turkey. My favorite is Taha Akgül. There is no other wrestler like him in the world," Würz said.